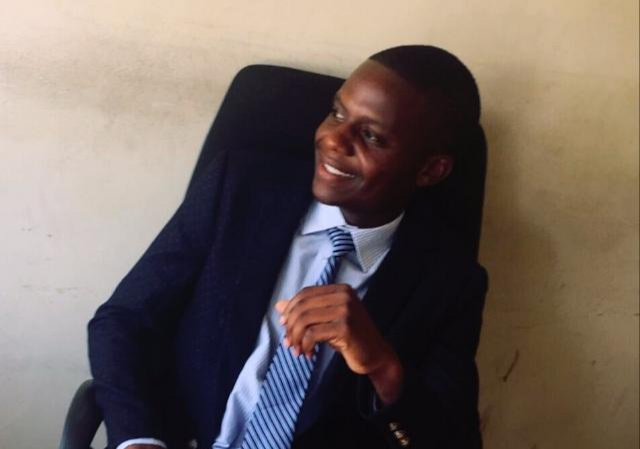 Dear Emerson Mnangagwa, I am told that you have declared the 15th of June 2020 a day of fasting, prayer and supplication for Zimbabwe, the land I love with passion.

It almost surprised me that you could ask hungry people impoverished by your ruthless, intentionally destructive and fatally directionless policies whose only consistent feature has been absurdity, to fast. Then I remembered with you Trabablas all things senseless are to be expected.

That the majority of citizens were going to spend the better part of the day fasting was not in dispute. This however is not compliance but rather poverty that has reduced us to a single meal per day and that should, (were you sensible enough) have worried you as occupant of the highest office.

Zimbabweans are generally a prayerful people with the majority of our population Christian. We prayed yesterday, the day before yesterday, we will pray today and the days to come. We will pray for a better and democratic Zimbabwe, free from the constant fear of repression and attack from its purported leadership.

Come, let us pray for a leadership that does not regard fellow citizens, created in God’s image, as cockroaches threatening to “shorten their days on earth”.

Come Ruka let us pray for the victims of the ruthless hand of the state.

Come, let us pray for Itai Dzamara and all victims of enforced disappearances whose families never got to know where they were taken to. Let us pray for Netsai Marova, Joanna Mamombe and Cecilia Chimbiri, who are languishing in cold prison cells while trying to recover from the physical and psychological pain of the horrors of abduction, torture inhuman and degrading treatment.

Come, let us pray that those on whose orders fellow citizens were killed, tortured and abused in January 2019 and August 2018, live to see the day when they shall face justice and the wrath of the Lord who hates the spilling of blood.

Let us pray for the hundreds of the victims of state sanctioned violence in the 2008 elections. Let us pray for the tens of thousands of Zimbabwean citizens who were brutally massacred during Gukurahundi whose families have not found closure until now. Let us pray that those who were proud to have them killed, face the wrath of the people and God.

It is true Trabablas, Zimbabwe needs prayers, we seriously need to pray for our economy, that the Lord rescues us from looters and plunderers of the resources the Lord himself graciously gave to this land.

Zimbabwe truly deserves better leadership that shall steer its economy on the path of revival and recovery.

A leadership and government that is honest and does not steal from its own people. We deserve a leadership that makes sure resources God gave us are shared and used equitably and equally. May the Lord grant us a leadership that is astute and has a clue on delivering an economy that serves and feeds the nation.

How about we pray Emmerson, that the Lord punishes by his hand and through his people, those who, like Philistine plundering kings, sent soldiers to their deaths in the Congo simply because they wanted to loot diamonds in that African country in the midst of a crisis.

Finally Emmerson, I exhort you to read Isaiah 1 verses 14-16 and while at it, tell Kazembe Kazembe to read Proverbs 28v1, there is a special message for him and yourself with regards to his press statement on coup rumours.

May the Lord grant us enough courage and wisdom to fight and stand up to our oppressors whose days we are sure are surely numbered. May we have enough conviction to start a revolution!

Tapiwanashe Chiriga is the National Secretary General of the Zimbabwe National Students Union (ZINASU). He writes here in his personal capacity and can be contacted on tapiwanashechiriga@gmail.com or +263778402734