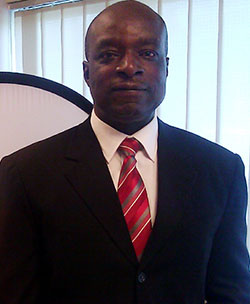 ZIMBABWE’S largest retailer, OK on Tuesday said revenue for the half-year to September rose by just over five percent to $243.6 million on the prior year as consumer spending tightened and economic activity slowed.
Chief executive Willard Zirewa told analysts at the results presentation that profit was flat at $4.8 million after the economy wobbled ahead of the July 31 elections.
He said the liquidity crunch is likely to worsen in the short-term, impacting business activity for the remainder of the year as consumer spend will remain constrained.
Earnings Before Interest, Taxes, Depreciation and Amortization (EBITDA) increased 4.8 percent to $9.6 million.
Sales at $243.2 million were 5.4 percent up on the prior year showing weak consumer demand in tight liquidity conditions.
“This is not what we are used to,” financial director Alex Siyavora said. “We have to accept this new reality.”
Gross margin at 16.9 was similar to the 2012 figure of 17 percent and Siyavora said the group will improve it through procurement processes.
The group declared an interim dividend of 0.20 cents per share, while earnings per share slowed to 0.43 cents from 0.47 cents in the comparative period.
The partnership with Kawena, a South Africa distribution company presented the group with ‘very exciting’ opportunities.
The group buys and distributes goods for locals working in South Africa to their relatives in Zimbabwe.
So far over 5,000 had signed up to the service, spending on average $50 per month, Zirewa said.
Plans to expand into the region were at an advanced stage, with the group having registered two companies and applied for operating licences in an unnamed country.
In the first half, the group company opened two outlets at Wynne Street and Chitungwiza and closed the Rezende Street branch.Advertisement