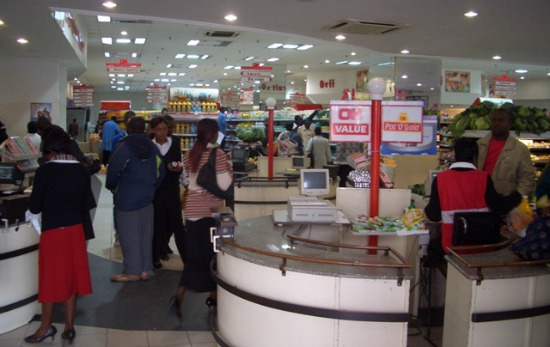 HARARE: Retail group OK Zimbabwe on Thursday said its net income more than doubled to $5,1 million in the six months to September, from $2,3 million in the comparable period last year on increased revenue and inflationary pricing.
Revenue rose 22,6 percent to $268 million from $218 ,6 million in the same period last year.
“The growth in revenue is attributed to an increase in the price level and increased volume of transactions driven by use of electronic platforms due to the cash shortages experienced in the country,” finance director Brian Muradzikwa told analysts.
Muradzikwa said OK Zimbabwe’s internal inflation rate for September was at 7,69 percent against the official 0,78 percent.
Gross margins improved to 16,9 percent from 16,5 percent in the same period last year on improved production mix tilted towards high margin products, Muradzikwa said.
Operating profit rose steeply to $7 million from $3,2 million in the comparable period last year while earnings before interest, tax, depreciation and amortisation (EBITDA) increased by 63,1 percent to $11,3 million from $7 million in the same period last year.
Capital expenditure amounted to $49 million in the period mainly due to the opening of a new store in Harare, taking the store count to 63. The company says it is expecting to open another new store in Harare before year end.
Chief executive, Alex Siyavora, said the company will try to find ways to reduce supply challenges and will also leverage on partnerships such as the one with South Africa’s Kawena, which enables Zimbabweans living abroad to buy groceries for relatives locally.
“Product supply challenges are expected and management focus will be on securing adequate products to sustain operations. Our partnership with Kawena of South Africa will assist with procurement of finished goods for resale and capital equipment,” Siyavora said.
The company declared a dividend of 0,2 cents per share.Advertisement