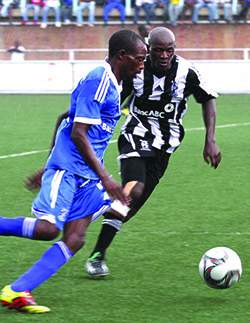 BULAWAYO giants Highlanders make the trip to Harare for a date with champions Dynamos in the so-called Battle of Zimbabwe high on confidence.
Highlanders hold a proud record of being one of only two teams that are still unbeaten since the start of the league programme.
Premiership new boys ZPC Kariba is the other team that is also still unbeaten.
However, Bosso suffered their sixth draw of the season when they were held to a 1-1 stalemate by lowly Triangle at Gibbo Stadium at the weekend.
That was however, enough to take the 2006 champions into second place with 21 points, one behind new leaders Hwange.