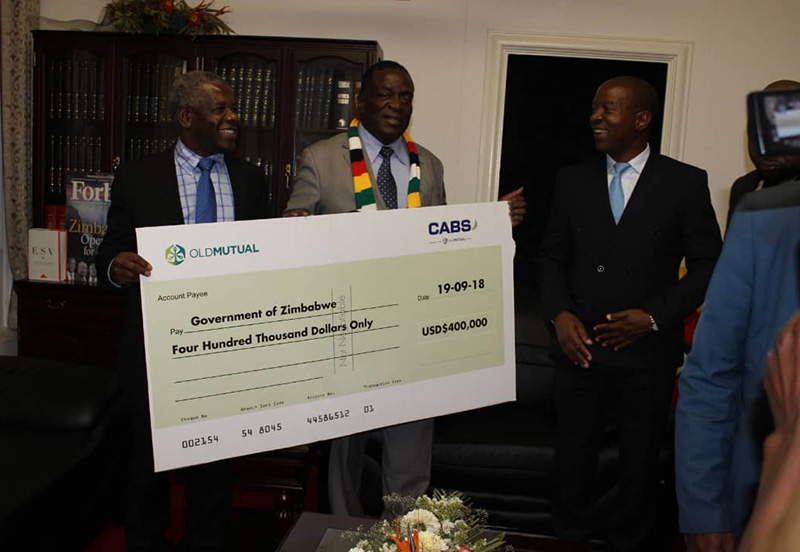 PSMI said that on top of other donations, it had handed over $200 000 cash, while Ecobank donated $ 200,000, half of it in foreign currency to immediately enable government to purchase desperately needed medical consumables.

Old Mutual donated $400,000 which was handed over to President Emmerson Mnangagwa.

Other private sector players such as Rainbow Tourism Group (RTG) also made contributions in the form of meals to be consumed by cholera patients and medical practitioners attending to the situation.

“We realized that among other things there is need to provide clean food during this time of need,” said Pride Kumbula, a corporate communications official at RTG.

The contributions prompted a delegate attending a cholera media briefing during the week to field a question on the levels of the funds’ security.

“… how safe are these funds because of late we have received reports that such donations have easily found their way into the pockets of top government officials,” he queried.

In response, Finance and Economic Development Minister Mthuli Ncube maintained that the funds were safe.

“All donations are being handled by the Finance Ministry and we adhere to the best financial practices hence there are no loopholes as the funds are safe.

“Our objective is to make sure that every cent goes to the area of direct need,” he said.