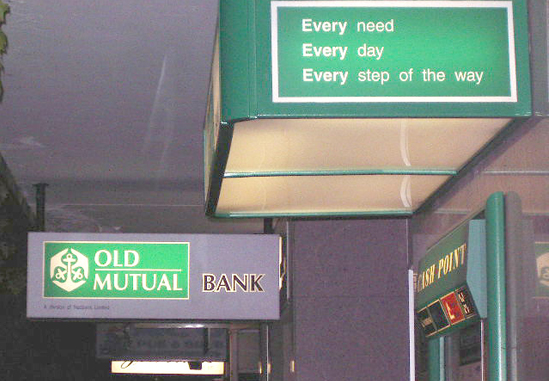 OLD Mutual Zimbabwe says it intends to provide infrastructure for the country’s growing informal sector as the company adjusts its products range to suit the changing economic environment, an official has said.
Zimbabwe’s economy has rapidly turned informal in the last few years as the key sectors of agriculture and manufacturing collapsed after the country’s chaotic exercise to resettle landless blacks on white-owned land as well as the current crusade to localise control of all foreign-owned enterprises.
The country has an estimated unemployment rate of 80 percent — although official figures place it at 11 percent — while at least 4,600 companies closed shop between 2011 and October last year according to official data with nearly 65,000 workers losing their jobs, most of whom are now in the informal sector.
Labour unions say over 20,000 workers have been retrenched in the last three weeks following a Supreme Court ruling that allows employers to dismiss their staff on three months’ notice, swelling the ranks of the unemployed.
The central bank estimates that more than $3 billion circulates in the informal sector and OMZ chief executive, Jonas Mushosho recently said the company has a sound capital base and would develop products to tap into the sector.
“With so many people now operating in the informal sector we believe a group of our size and resources must make ourselves relevant in the informal space,” Mushosho said.
“We have a raft of measures that we are putting in place to support business in the informal space. One of the major things we will be initiating during the course of this year is providing infrastructure for the informal sector within the CBD.”
Mushosho said the increasing void levels on the property markets had impacted the company’s investments in property.
Old Mutual has a sizeable property portfolio with several office complexes and shopping malls around the country.Advertisement