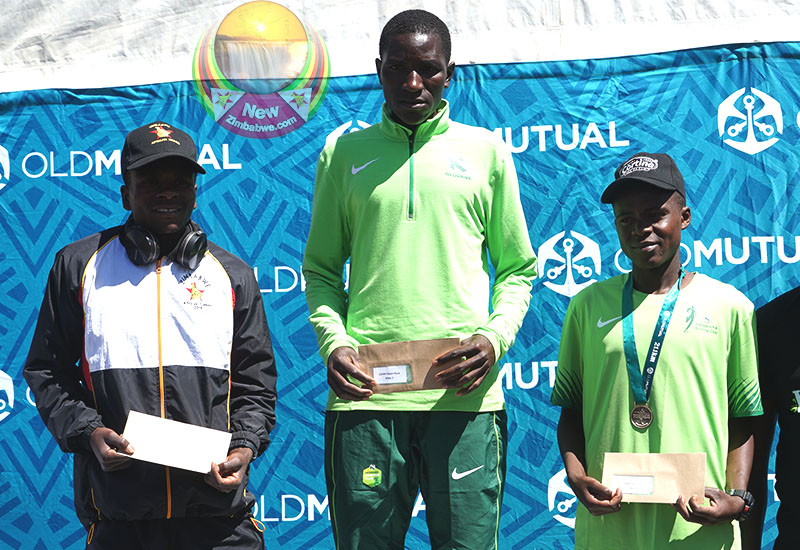 THIS year’s Old Mutual Westgate 21km Marathon winner Misheck Sithole has challenged government and private entities to pour in sponsorship for the development of the sport.

Speaking just after clinching the coveted annual race Sunday, Sithole gave credit to Old Mutual for its contribution and detailed how similar investments in the sport would see them perform at higher and better levels.

“When I won the South African championship in July this year I had enough financial and moral support.

“It was clear even by the minutes I clocked that the win was not simply because of my efforts but those of corporates who saw value in the sport and hardwork,” said Sithole who is a member of NedBank Athletics Club.

“This was a good exercise but the weather was a bit harsh, it was too cold in the morning.”

Some 1 500 athletes converged at Westgate to take part in one of Zimbabwe’s top calendar races.

Last year’s event attracted some 1 000 athletes from across the country.

“We would like to thank you for this opportunity to showcase our talent and hope more is coming,” he said.

Old Mutual’s next race is the Vumba 21km Marathon in the Eastern Highlands.