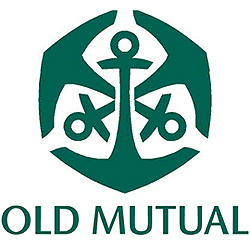 OLD Mutual Zimbabwe Limited has posted a two percent growth in adjusted operating profit to $32,4 million for the six months to June compared to the prior year driven by growth in revenue, the group reported on Tuesday.
Revenues were up 12 percent to $120,6 million driven by the group’s flagship unit.
Old Mutual Life Assurance Company adjusted operating profit was up two percent to $16 million driven by growth in premium income despite a 23 percent decline in life sales.
Operating expenses advanced by 25 percent to $45,8 million as the group embarked on the rebranding of its mortgage lender CABS and non-life insurance arm, the group said.
Going forward, the group is seeking to grow business and consolidate its market position driven by its mortgage lender as well as an aggressive drive focused on the retail and informal sector.
“We have areas that we are very dominant and we believe that we need to defend our market share and our position,” group chief executive officer Jonas Mushosho told an analyst briefing.
“We operate an integrated financial services model – we have spent so much time building that model – and we now want to harvest the benefits of working together as a group.”
Finance director Isaiah Mushinya said the group expects to grown funds under its management past the $2 billion mark after it increased by six percent to $1,7 billion during the period under review.
CABS completed 1,186 low cost housing units at its Budiriro project, representing 52 percent of the target.
The group’s insurance arm contributed 57 percent of adjusted operating profit from 55 percent in the prior year.
NPLs rose to 10,3 percent from 6,2 percent while the CABS loan book increased to $352 million from $297 million, buoyed by growth in deposits.
Investment services and other units contributed 12 percent and nine percent.Advertisement