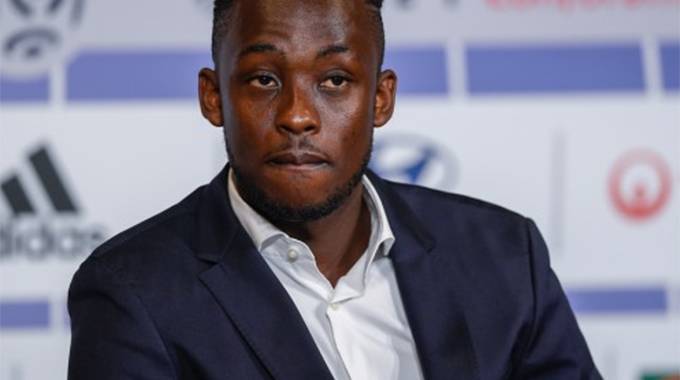 FRENCH football giants Olympique Lyon paid a special tribute to the Tino Kadewere’s brother, Prince after warming up with T-Shirts in his honour ahead of their UEFA Champions League quarter-final against Manchester City at the Estádio José Alvalade in Lisbon, Portugal Saturday evening.

Prince, who passed away Wednesday at the age of 40 after complaining of chest pains, was buried Saturday afternoon at the family’s rural homestead in Murombedzi, Zvimba, 110km west of Harare.

Several former and current footballers attended the burial to give a befitting farewell to the former Monomotapa and Young Warriors player who had turned to coaching at the time of his death.

Thousands of kilometres away in Portugal, Tino’s French Ligue One team Lyon also paid special tribute to Prince on the day of his burial with a touching gesture before the club’s big encounter against Man City.

The move was confirmed in the French media earlier Saturday afternoon.

“Last Wednesday, Prince, Tino Kadewere’s brother, passed away, and that is why we are going to warm up with a shirt in his honour. Prince Kadewere, who died last Wednesday, was 40 years old,” the French website Lyon Sports Actu reported ahead of the match

“During the warm-up before the clash against Manchester City, all players will wear a T-shirt in honour of the brother of the Zimbabwean striker. A great initiative that will certainly affect the new Lyon player.”

“Olympique Lyon inform us that the Lyonnais will warm up this Saturday with a T-shirt in the form of a tribute to the memory of Tino Kadewere’s brother, Prince, who died last Wednesday.”

The 24-year-old Tino was initially shunted into mandatory quarantine Thursday after arriving from France and needed to apply for a special dispensation to ensure he would attend his brother’s burial.

Olympique Lyon gave Tino permission to travel to Harare as he is not part of their squad which is in Portugal for their Champions League quarter-final against Manchester City.

The free-scoring striker completed his move to the club when the registration deadline for the Champions League had already passed.