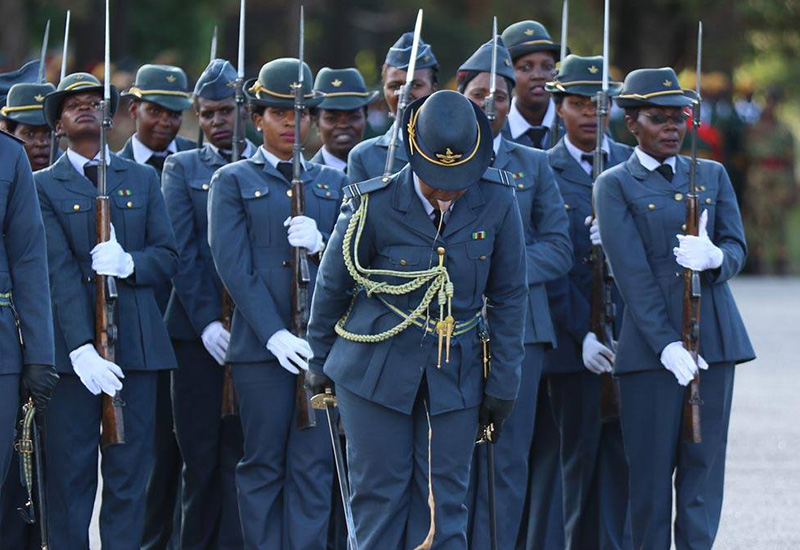 ON duty Airforce of Zimbabwe (AFZ) abandoned their post of duty and went on a daring robbery mission which resulted in one of them fatally shooting their target in yet another robbery case involving uniformed forces.

The two are based at the AFZ’s Manyame Airbase.

The killer soldier, Christopher Tafadzwa Charuma is now languishing in remand prison after the High Court denied him bail Friday.

The state alleges that he fatally shot one Elvis Chijaka after tracking his relative, a businessman from Harare Central Business District (CBD) to their place of residence in Hatfield along Kilwinning road.

Elvis was caught in crossfire after he rushed out of the house to rescue his relatives Brendon Chimukonyo and Brian Chijaka who were screaming for help after the two soldiers opened fire at their car using the highly potent war machine.

Allegations are that  on December 23, 2021 Charuma and his accomplice, who is still on the run, tracked the two complainants from their shop.

The court heard on arrival at their place of residence, Charuma and his accomplice started firing shots at Chimukonyo’s Mercedes Benz .

Chimukonyo and Chijaka screamed for help alerting, prompting Elvis to come out of the house intending to assist.

Elvis was shot and killed on the spot.

Charuma and his accomplice then forced Chimukonyo out of his vehicle and made good their escape in it.

They however dumped the car some meters away and stole un undisclosed amount of cash which they shared.

The state alleges the rifle used, had been issued to Charuma for official use.

Charuma did not dispute that the gun used to commit the offence belonged to him, but insisted that his accomplice had borrowed it stating that he wanted to use it at his mine.

This however weighed against him resulting in his bail bid hitting a brick wall.

The court heard the rifle was officially allocated to Charuma and evidence from the investigating officer was that spent cartridges recovered from the scene were confirmed to have been fired from his AK47 after they were sent for ballistic examination.

Charuma tried to dissociate himself stating that he was not aware the rifle would be used to commit a crime.

Judges of the High Court Justice Rodgers Manyangadze and Joseph Chilimbe dismissed Charuma’s bail application ruling that there is clearly no way he can dissociate himself from the offence.

“What is astonishing is that a deadly weapon like that would be given away without any handover or takeover formalities, no authorisation or clearance of any sort,” the judges said.

“When this aspect was highlighted during the hearing, counsel for the applicant skirted the issue, preferring  to point out that Charuma took the precautionary measure of removing his magazine from the rifle. Such a clandestine release of a firearm, which is then used to commit  deadly offences, heavily militates against Charuma,” the judges said in turning down his bail request.