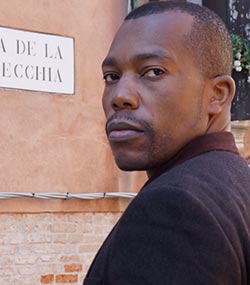 THE most important price in any nation is the price of its national currency in relation to other currencies. The main component in the successful reintroduction of the domestic currency in Zimbabwe is going to be a solid commitment by the Reserve Bank of Zimbabwe and the government in taking the crucial and necessary steps required to ensure that the new currency is going to be perceived as stable by the relevant stakeholders mainly industry, business, members of the public, the regional and international community.
The government, business and members of the general public need not avoid dialogue on the return of the Zimbabwe dollar into circulation. The revamping of the national currency is going to require sound macroeconomic policies, committed legislation in the financial sector, careful preparation and putting the right policies and processes in place. The revival of the Zimbabwe dollar is going to demand thorough planning with a detailed forecast which needs to include the cost of printing and minting the new cash currency. The final phase will be the production of the new currency and of course the all-important implementation.
The benefits of the multicurrency financial system have come at a cost for Zimbabwe. The case for or against the multicurrency system is contentious and complex and requires delicate handling and implementation. The Reserve Bank, in effect, lost its influence on the conduct of monetary policy. In as much as the multicurrency system has brought inflationary stability on the one hand, it has also eliminated the possibility of financing the fiscal deficit with seigniorage which compounds the current liquidity crisis because, without this possibility of public financing, the government will have to look for fallback sources of revenue. With the multicurrency system, the government has given up control of the money supply which regulates and restricts any stabilising response of fiscal policy to adverse extrinsic and intrinsic unpredictability.
Zimbabwe is currently facing a banking sector and liquidity crisis. The multicurrency system has imposed limitations on the Reserve Bank’s role as the lender of last resort to the banking sector which means local banks are already at a disadvantage and prone to internal and external shocks. Quantitative easing is a source for liquidity and, without a domestic currency, the Reserve Bank will have to look for alternative sources to respond to financial crises. The Zimbabwe economy has widely been opened to capital mobility, left vulnerable to shocks and government has its hands tied in terms of flexibility to respond to these shocks. The question to pose is – what can be done to address the emerging liquidity crises?  Dialogue on the return of the national currency is necessary.Advertisement