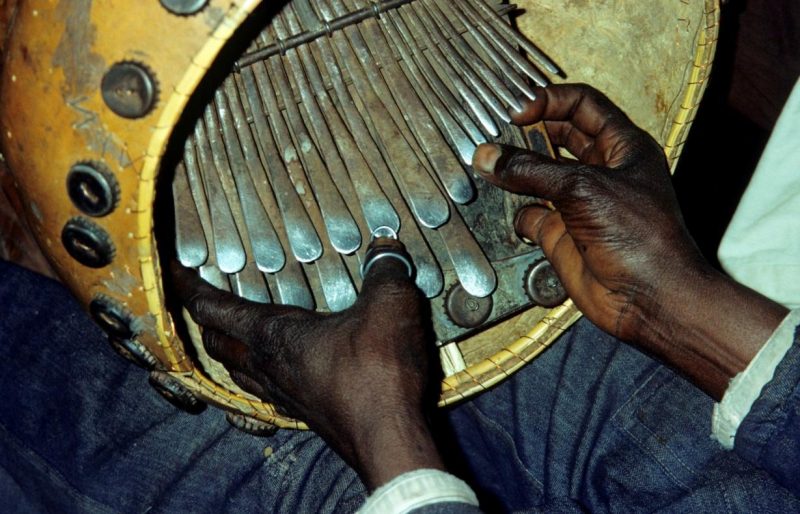 EDMONTON musician Chaka Zinyemba still remembers the moment his quest began to become a vessel for unity and reconciliation through Black African music.

Lying in bed at St. George’s College, a private Jesuit boys boarding school in his native Harare, Zimbabwe, 15 years ago, he overheard a CD that ignited in him a desire to explore his history through creative expression.

The artist was Chiwoniso Maraire, a star of the world music scene in the 1990s and 2000s, and master of the mbira — a finger-plucking instrument played by the Shona people for thousands of years in the southern African nation.

Under British colonial rule beginning in the 19th century, when it was known as Rhodesia, the expression of African culture was discouraged.

Missionaries banned the mbira along with other indigenous instruments for the role they played in non-Christian religious ceremonies.

Though the instrument continued to be enjoyed underground, Zinyemba admits it carried a social stigma that kept him from learning it until he was about to graduate from high school.

“I remember I was taking a nap and heard the music floating through my room,” recalled Zinyemba of the mbira’s harp-like sound.

“I woke up and I was like, ‘Whoa, I think that’s it. I think that’s (the instrument) I want to learn.’ I borrowed the CD and I started listening to the music and I pretty much got hooked.”

His homeland gained independence from the United Kingdom under Prime Minister Ian Smith in 1965, and on April 18, 1980, the country fully cut colonial ties becoming the independent Republic of Zimbabwe.

By the time Zinyemba was growing up in the early ’90s there were people that made strides in reintroducing the mbira into Zimbabwean mainstream society as a part of reclaiming its culture.

Zinyemba began studying the instrument and heard rumours of a bustling Zimbabwean music scene in North America led by Dumisani Maraire (father of Chiwaniso Maraire), a music teacher and promoter of Zimbabwean culture.

He had moved to the University of Washington in Seattle from 1968 to 1972 to teach and is often credited with introducing the mbira to North America.

Zinyemba’s parents lived in Canada in the late 1970s and early ’80s. His father, a student activist in Zimbabwe, left the country as a refugee and was working on his PhD in English literature at the University of Alberta.

Following in his dad’s footsteps, Zinyemba was set to attend the school to study human geography, and was intentional about carrying his culture with him to Canada, so much of which was encapsulated in the mbira.

“I thought where is our creativity? What can we do for ourselves? That was kind of the drive for me to want to learn an instrument.”

Zinyemba met a PhD student in the music department who took him under his wing.

A fellow mbira player, he taught him several songs and introduced him to the community of mbira players in Edmonton and the greater West Coast region in Canada and the United States.

That led Zinyemba to collaborating with a multicultural group of artists in Edmonton in the Mbira Renaissance Band. The Afro-fusion group, which includes Zinyemba’s wife, fellow lead vocalist Chiedza, pays homage to the ancient genre of mbira music while incorporating, jazz, rock and reggae influences.

After a close to two-year hiatus due to the pandemic, Zinyemba is thrilled to have folk festivals and live shows back in the works for 2022. Zinyemba, an active member and participant in the Zimbabwe Catholic Society of Edmonton, also looks forward to playing the mbira in church again.

In Masses held with the Zimbabwean and Sudanese Catholic community pre-pandemic, he would play the mbira in the solemn moments as the priest prayed over the body and blood of Christ.

Zinyemba admits he treads very carefully when it comes to introducing the mbira to the Church outside of predominantly African circles.

An understanding of the instrument needs to be present, he says, so that it does not become a spectacle of culture, but instead, a part of a deep appreciation, ingraining and embracing of diversity in everyday Canadian life.

“We started playing mbira during the Eucharist, which is amazing because the sound kind of floats through the air,” said Zinyemba.

“Being able to do that and knowing that there was a time in Catholic history when that never would have happened I think is important… If I have the power to use the mbira to move forward in the Catholic Church, then this is one way that I want to do it.”

As Zinyemba and his wife take the oath to become Canadian citizens on Jan. 25, he admits he’s been grappling with the paradox of coming from a post-colonial country to inheriting the complicated history of Canada and what that will mean for him as an individual and the mbira.

With a deep heart and connection to the Indigenous peoples of Canada, he hopes to use his music to build ties and establish the identity of new Canadians as people of reconciliation.

“I know there are many linkages when it comes to a lot of Black experiences or African culture with some of the Indigenous populations here,” said Zinyemba, who works full-time in disaster and emergency management with the Red Cross.

“I can use the mbira, my music, experience and culture to really look at redefining a new relationship with new Canadians with Indigenous people. I’m yet to fully explore what all of that looks like but I think there’s potential there.”