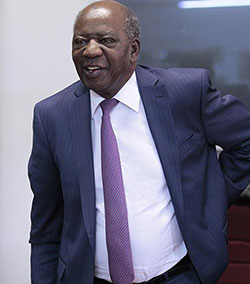 THREE years ago, investors considered Zambian bonds a better buy than Spain’s. Now they are dumping the southern African nation’s assets.
Once feted because of its copper wealth, low debt and stable political environment, Zambia is now being snubbed. Its currency, the kwacha, plummeted 47 percent against the dollar this year.
While most of the blame can be pinned on the plunging price of copper, which accounts for more than 70 percent of Zambia’s exports, analysts also point to policy mistakes by the government — allegedly mismanaging a key hydropower facility that’s led to the worst electricity crisis on record, issuing contradictory statements on mining taxes and foreign-currency controls and running up debt.
Zambia’s problems have “been exacerbated by a lack of fiscal restraint and policy volatility that has undermined investor confidence,” Clare Allenson, an analyst at global risk adviser Eurasia Group Ltd., said in an e-mailed reply to questions from the capital, Lusaka.
“The next 12 months will remain difficult, particularly given the growing power crisis that will undercut growth and government revenues.”
Glencore and other mine operators, which flocked to Zambia when commodity markets were booming, are now mothballing shafts and laying off thousands of workers.
Output has been further hobbled by restricted supply at Zambia’s two main hydropower plants due to water shortages, leading to rotating blackouts lasting as long as 14 hours a day.
Investor sentiment in the mining industry had already turned sour last year amid tax disputes.
Mining companies, including First Quantum Minerals Ltd., suspended more than $1.5 billion in investments after the government withheld tax refunds and contemplated higher royalties.
After expanding on average 7 percent annually over the past five years, the economy is set to grow 3.4 percent in 2015, which would be the slowest pace in 17 years, according to Barclays Plc.
Power shortages worsened this year as water levels at Lake Kariba, the world’s largest man-made reservoir, dropped to less than 30 percent. The dam straddles the Zambian and Zimbabwean border and supplies both nations with about 1,830 megawatts of power when running at full capacity.
While the government has blamed drought for the falling water levels, Zambia’s former Vice President Guy Scott told lawmakers last week that the two countries were to blame for overusing water allocations for hydropower plants.Advertisement

Zambia and Zimbabwe drained the reservoir like “two puppies drinking milk from the same saucer,” he said. An additional facility that Zambia had built on the north bank of the dam was run constantly when it was designed to be used for 3.5 hours a day, he said.
Zambia’s economy is “not collapsing” and not about to, Finance Minister Alexander Chikwanda told lawmakers on Oct. 2. The economy is still “very strong” despite the currency’s slide and slowing growth, he said.
Across the continent, commodity-dependent nations from Angola to Ghana and South Africa are facing plunging currencies, worsening inflation environments and rising debt. Ghana’s cedi has dropped 14 percent against the dollar this year, while the rand has declined 15 percent.
The political environment in Zambia has introduced more uncertainty. President Edgar Lungu took the helm in January, three months after Michael Sata died in office.
With elections looming in 2016, Lungu may resist imposing spending curbs needed to rein in the budget deficit, according to Brian Chintu, head of investments at Madison Asset Management, based in Lusaka.
The government started the year with an estimate for the fiscal shortfall of 4.6 percent of gross domestic product, gradually raising that to 6.9 percent. Barclays is projecting a deficit of 8.4 percent.
Worsening debt levels prompted Moody’s Investors Service and Standard & Poor’s to downgrade the nation’s credit rating in the past three months.
On Sept. 6, Lungu’s spokesman, Amos Chanda, said the government may resort to foreign-currency controls to arrest the kwacha’s slide if the market didn’t “behave properly.”
Lungu backtracked on those comments on Sept. 30, saying the government was committed to maintaining a liberalized foreign-exchange market, echoing statements made by Chikwanda and Bank of Zambia Governor Denny Kalyalya.
Joseph Rohm, who helps oversee about $1.2 billion in African investments in countries other than South Africa for Investec Asset Management, isn’t betting on a rebound any time soon.
“With the copper price having fallen, it’s put them under a lot of pressure,” he said by phone from Cape Town.
“Given the fact there is so much concern around the currency and there is such a shortage of dollars, as an investor, I’d rather just avoid a market that is so illiquid.”