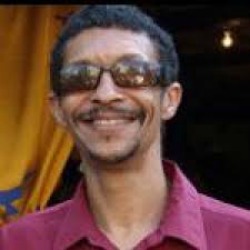 CONTROVERSIAL stand-up comedian, director and actor, Edgar Langeveldt, will this will week stage a one man play at Harare’s Theatre in The Park titled Games#Bond.
The play comes just weeks after the government introduced the “strongest currency” in the continent-Bond Notes-which government claims have the same value as the American dollars (US$).
The play will run for two days only from the 15th to the 16th of December with  theatre lovers paying a cover charge of 2 Bond Note while students and fellow artists will pay just 0.50 c (bond).
Langeveldlt said there are so many funny things that rocked the world in 2016 and people must come for his “annual showdown” performance but must be prepared to laugh.
“Hash-tags were flying left, right and centre; rumours swirled about; Manchester United became a football laughing stock. Donald Trump shocked the whole world to become U.S. President,” he said.
“Factionalism reached fever pitch in our very own ruling party. Prophetic statements were declared on potential vice presidents and they received. And lastly Zimbabwe introduced the strongest currency in the continent,” he added.
Langeveldt rose to fame through his comedy performances at the Book Café.
In 2005, Edgar was awarded 25 000 euros by Prince Claus Fund for his outstanding performances.
He worked as the director of the Zimbabwe Comedy Festival organised by Nexus Talent Agency and Showtime Promotions from 2010 to 2013.
His main areas of speciality include multi-media productions and Artistic Management.
He is also remembered by many for his role in Studio263.
Advertisement