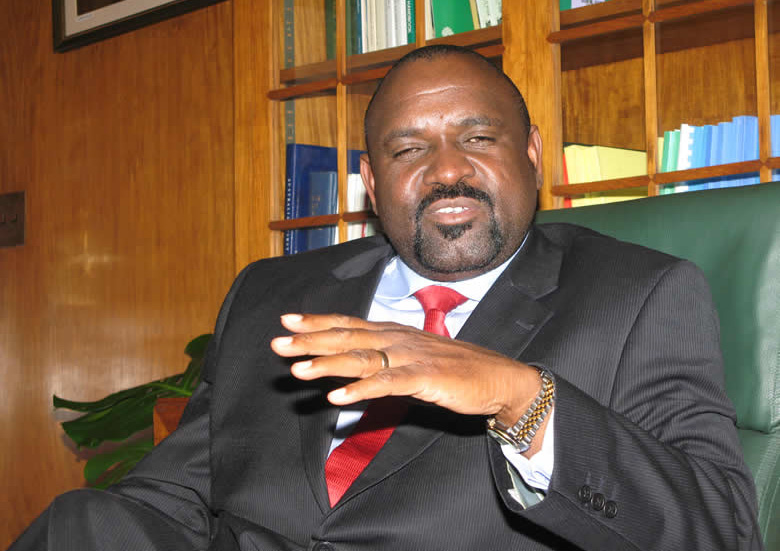 OPPOSITION United Movement for Devolution (UMD) leader and former Speaker Lovemore Moyo says only a national revolution was the only way of tackling the country’s worsening political and economic crisis.

President Emmerson Mnangagwa’s government has been accused in several quarters of using the Covid-19 pandemic to curtail the rights and freedoms of political and human rights activists.

However, the government has denied the country is in a crisis.

Moyo is also a former national chairperson of the MDC-T.

“The President (Moyo) argued that the current state of political and economic collapse can be rectified only through a revolution, not a mere democratic process,” the statement reads.

“The President also called upon the youths of Zimbabwe to take charge of the inevitable revolution which must be carried out in order to bring about real change with substance in the country.”

During the NEC meeting, Moyo singled out lack of leadership both in the government and opposition as the major cause of Zimbabwe’s political and economic crisis.

“Crisis of governance has allowed the country to be ruled in mafia-style, with warlords, cabals, and thugs each controlling institutions of governance. The president also reflected on the state of the country’s politics and economy which he argued that it can be best described by borrowing Chinua Achebe’s reflections from one of his novels. ‘Things Fall Apart’.

“And the centre can no longer hold any more. He further observed the Zanu PF government is clueless on what ought to be done to revive the collapsed economy, infrastructure, social safety nets, health care, and schools,” said Ndlovu.

During the meeting, Moyo also took a swipe at the government for failing to pay civil servants living wages.

“Civil servants are demoralised, marginalised, and underpaid, that has systematically suppressed their level of enthusiasm to work for the uncaring government.”

The NEC meeting also resolved not to participate in the impending parliamentary and council by-elections.

“The party is not yet ready for elections, therefore, will not participate in the forthcoming Zanu PF – MDC-T induced by-elections. Party kitchen meetings must be convened in different localities as a means to reach out to more people.”