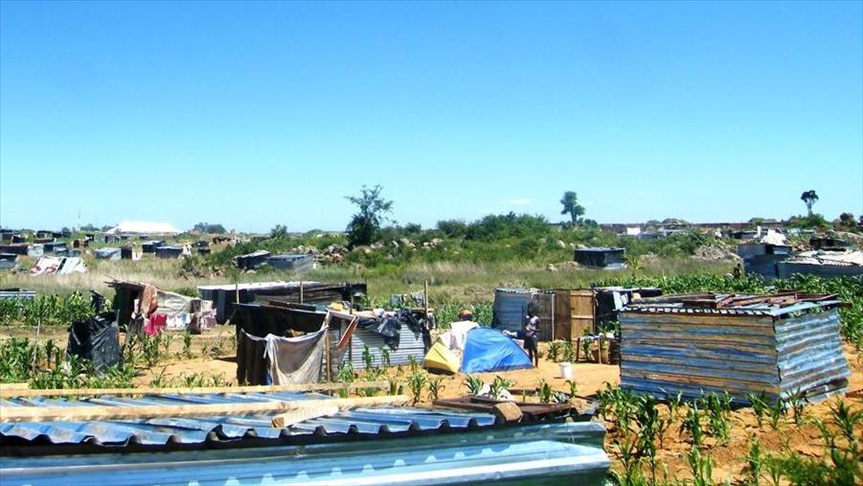 WITH flies hovering all over the vicinity of the crowded slums of Epworth, an urban settlement approximately 25 kilometers (15.5 miles) east of the Zimbabwean capital Harare, laden plastic paper bags lie scattered on streets and sidewalks, with small children rummaging through garbage and vendors going about their normal business oblivious to the wafting stench of human waste.

For 45-year-old Tambudzai Munondo, one of the residents in the slums of Epworth, strangely, they have become used to co-exist with human waste, saying they cannot do anything about it.

“Most of these homes you see here have no toilets and it’s now common for people to relieve themselves in the open or in plastic bags or even old newspapers in which they wrap up their waste and just throw anywhere,” Munondo, a single mother of five, told Anadolu Agency.

The trend of switching to open defecation has also become common even in Harare’s central business district. Reckson Mavaviro, a 27-year-old money changer, said the city’s public toilets are apparently not open to the public anymore.

Public toilets out of order in towns

“People just sneak behind disused city buildings to relieve themselves in the open even during the day and this is a serious cause of concern. You see us working here in the open and think we have toilets to relieve ourselves. There is nothing of that sort anymore; people just abandon their mess anywhere now,” Mavaviro told Anadolu Agency.

A top health officer working for the Harare City Council, on condition of anonymity, said: “Open defecation is not a new phenomenon because the council has no capacity to maintain the existing public toilets that stopped working years ago.”

Another official in the Health Ministry, requesting anonymity, said: “Local authorities in urban areas are to blame for the open defecation problem in cities and towns and the council authorities should invest more in addressing the worsening sanitation crisis before it reaches a catastrophic level.”

Yet not far from the country’s capital, in Epworth, the situation is even worse and residents of the slums here, like Munondo, have had to contend with the rot without complaining anymore.

Even as residents in parts of Epworth have tried to construct pit latrines, owing to council by-laws which prohibit urban dwellers from erecting such makeshift structures, they have had no alternative except to now turn to unorthodox ways of relieving themselves – the plastic bags and the unoccupied open spaces.

In Harare’s old low-income suburbs like Mabvuku east of the capital, without running water for years, open defecation has become the way to go for residents there, this amid obsolete sewer pipes.

“In Mabvuku’s Chizhanje Street, people are now defecating in the maize fields near houses because our local authority has failed to repair the sewerage blockages,” Reuben Akili, programme manager for the Combined Harare Residents Trust (CHRA), told Anadolu Agency.

But urban planners, like James Ganyani based in Harare, said: “High concentration of population in towns has meant pressure on resources like sewer systems.”

To Ganyani, this has meant that “as people migrate to towns, accommodation becomes a challenge resulting in many haphazardly erected makeshift homes without toilets.”

As such, many have turned to open defecation, which to Ganyani means “poor rural people now import their bush toilets tendencies to towns and cities.”

According to Akili of CHRA, as towns and cities contend with open defecation, “the other contributing factor is lack of access to water. Public toilets in the city center or high-density areas are always closed when there’s no water.”

Even the country’s public entertainment places have become ridden with open defecation.

“Local authorities haven’t been regularly monitoring operations of beerhalls, night clubs and bottle stores. In most cases the state of toilets within these places is pathetic; hence you will see that near these places or outside the facilities, people defecate behind walls or trees,” said Akili.

Not only urban settlements have been hit by open defecation, but even the country’s big cities, like Harare, face the same problem, according to human rights defenders.

“Open defecation in Zimbabwe’s urban settlements, including the capital city Harare, is a sign of the collapse of water and sanitation infrastructure, and a pointer to the serious risk of the spread of diseases during the COVID-19 pandemic,” Dewa Mavhinga, the Southern Africa Director with the Africa Division at Human Rights Watch, told Anadolu Agency.

With urban settlements, towns and even cities contending with water deficits, Dewa said: “Without water to flush toilets, thousands of families resort to using the open-air toilets.”

“The Zimbabwe government should prioritize the rehabilitation of water and sanitation infrastructure to eliminate the practice of open defecation,” Dewa said.

UNICEF has been on record supporting the government implement a Rural WASH Program with support from the UK through its Department for International Development.

Government to blame for problem

Precious Shumba, director at Harare Residents Trust, said: “The government of Zimbabwe and most urban local authorities have not invested much in water and sanitation.”