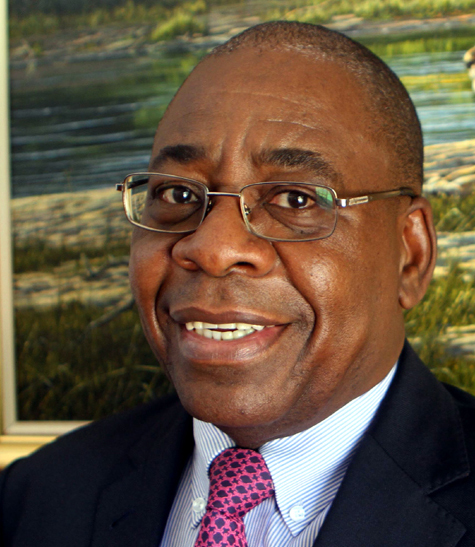 He has been likened to the iconic American business executive Jack Welch. After 33 years in business, 10 of them as chief executive of Delta Corporation, Zimbabwe’s largest listed company until his retirement in 2012, Joe Mutizwa has much to share. Since his retirement, he has written two books: The Arc of Awareness on leadership and Personal Crucibles on his personal experiences. He talks to The Source’s Alfonce Mbizwo. Excerpts:
The motivation to write
The motivation to write came from a number of sources but the primary motivation in my view has always been what I should do with this inside knowledge I picked up over more than 30 years in business. It will be a pity to die with all that in me with all those stories being untold.
So there was a desire to express myself to share what I know, the more I thought of it, the more it became clear to me that it was not just about me telling that story, it was about converting that story to into a teachable insight that I could use hopefully to enhance leadership skills among young Zimbabweans and existing leaders as well.
Answering the question ‘how can I make a contribution to the development of the next generation of leaders in Zimbabwe,’ I thought the effective way of doing that would be to write books, particularly with a focus on leadership and, once I embarked on that, I got a sense of fulfilment that I was playing a role to help other people, particularly young Zimbabweans. That was a second reason which is increasingly becoming the core reason for me to continue writing.
The more selfish reason was that I teach. I am a leadership consultant, I run courses for various companies. I have done this for many years before I even left Delta. I have discovered along the way that if you are a consultant, teacher, lecturer and a presenter you rely on other people’s books and resources  but there is need to develop your own. In the process, you clarify your own thinking; you make your own courses better and richer because you have resources to support your own teaching. So that’s one of the reasons I am doing it.
I am increasingly getting to see myself as a leadership content developer. I want to develop content that will be reading material for leaders, not just in print but in digital format so that I can reach a wider audience. There is a desperate need for content, particularly leadership content that is developed locally. It is a pity that when you look at MBA classes, they rely on western textbooks. I am not saying there is anything wrong with that, but I am saying that there is need to add African perspectives driven by African experiences and that’s what I am offering.Advertisement

Corporate leadership challenges
I come from the corporate world and I am fully aware of the challenges the leaders in the corporate sector face. To begin with, the leaders have done fairly well to steer their companies through surviving the crisis we faced since roughly from 1998, through the hyper-inflation period, the brief period of normalcy, and now the winter of deflation. Many companies have survived, but equally, many companies have fared very badly.
There are a number of problems facing the leaders in Zimbabwe today. The first one, because of where we have come from, there has been a serious inward looking focus among leaders. Very few have taken the trouble to see what is happening around the world to learn the benchmarks, to bring the leadership practices from developed countries into their own corporations. As a result, most companies have lagged behind in terms of technology, management practices and appreciation of how global economies are working.  Once you are in that laggard state it’s difficult to cope with the volatility we are seeing.
Since 1988, we have seen a situation where companies have gone outside their area of competence by becoming too diversified. A few companies have travelled the journey in the opposite direction from conglomerate to very focused businesses, which we tried to do at Delta. But many have gone in the opposite way. They have gone to places where they should never have been in and, as a result, they have stretched management time, resources and put their companies into dishonourable positions. So my take is that conglomerate diversification is a way to destroy shareholder value.
Innovation and education
I think innovation is a factor of the environment. Innovation does not happen on its own; it is engendered and grown by people with the greatest influence on the environment. I think for the next generation of Zimbabweans to play their full part in developing this economy, a number of things need to be fixed, first being the education system.
I think we are too dependent, too reliant on an education system designed and geared to pass exams and does not give sufficient room for entrepreneurship and critical thinking skills. Look at countries which are successful like South Korea and India, they have devoted a large part of their resource base to improve education systems.
That’s what we need to do to enable the next generation to play their part. We are aware of the digital divide and there is no way that the next generation can participate meaningfully and effectively in the new economies of the future without competence in the digital sphere. ICT skills must become the curriculum of the future so that everyone can participate in the digital sphere.
The second one is to do with entrepreneurship in terms of enabling the next generation to grow their own enterprises. Zimbabwe is unwell compared to other countries, much more needs to be done. Not everyone can be employed in the formal sector.
Developing leadership content
There are at least two principal types of leadership writings I want to do. The first is to share leadership experiences of leadership icons and I count myself among those. The second is to build a body of case studies that can be used in teaching Zimbabwean leaders in tertiary education. I have started on that and it is my intention to write at least four case studies in the next 12 months of four different sectors in Zimbabwe that can be used by tertiary institutions.
Thirdly, I want to develop a kind of leadership philosophy which I think is appropriate for the future. I think it’s all about philosophies, your assumptions, your own beliefs. And, I think, in this part of the world we have a deep cultural heritage based on human philosophies, ubuntu. I can see that there is room to develop a human leadership perspective that we can pass on to the next generation, not to just embrace the western type of leadership. It’s a new ground for me and I hope to develop that unshared human leadership perspective.
Managing Delta
It was a great opportunity to lead the biggest listed Zimbabwean entity. I think the first thing to appreciate is that leading a company is about people. It’s not about you as a leader but how you get other people to deliver the results.
Secondly, it’s about how you manage your relationships with the key stakeholders and when you are the largest corporate you have to deal with key stakeholders and you have to ensure that those key stakeholders are all aligned in terms of the company’s objectives.
Thirdly, I think it’s about how you marshal and deploy the resources given the importance of Delta in the economy. So all these things, all these relationships have given me the opportunity to build what I can take forward in terms of leadership.