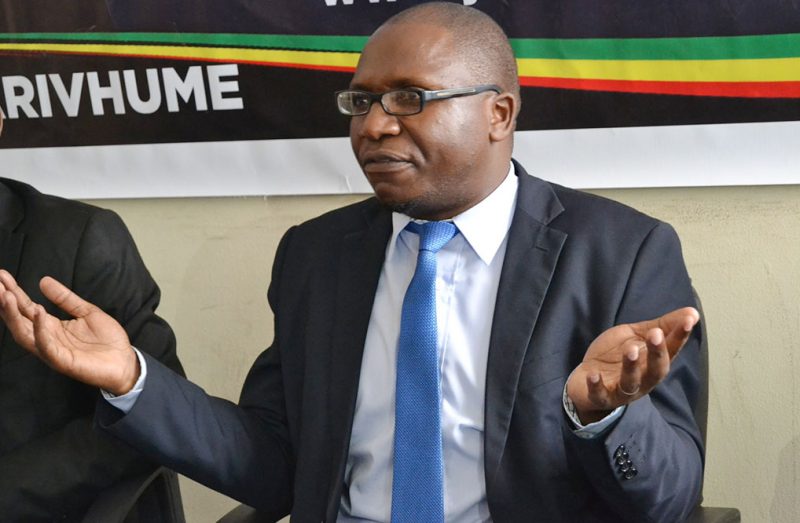 The Transform Zimbabwe leader, previoulsy arrested for calling for national protests against government known as the 31st July Movement in 2020, said protesting was the remaining option after Sikhala had been denied bail more than 11 times by the courts.

Ngarivhume is part of the newly formed Friends of Job Sikhala Solidarity Trust which has been pushing for his release.

Sikhala is charged with inciting public violence to avenge the death of slain activist, Moreblessing Ali, who was allegedly grisly murdered by a Zanu PF activist mid last year.

“Let us unite for a period of nationwide protest for @JobSikhala1. If they throw the entire nation in prison let them do so. But we cannot stand idly as they persecute a fellow citizen for personal pleasure,” he posted on his Twitter account.

He added, “The only way to push the reform agenda at this point is through nationwide civil disobedience to demand crucial changes ahead of the elections. Going to the elections without reforms is absolute stupidity!!!”

Ngarivhume was in 2020 arrested for inciting public violence after he called for a national shutdown in protest against poor governance.

He was arrested together with government critic, Hopewell Chin’ono, who had allegedly re-tweeted his posts.

Sikhala was also arrested for the same offence and trial in that charge is ongoing.

The three activists were detained in what critics said was a concerted move to stifle criticism of the government.

Ngarivhume was denied bail after the magistrate, on 23 July 2020, said if released, he would continue to promote violent protests and urge the public to break a coronavirus lockdown.

He would face up to 10 years’ jail if convicted.

On 2 September 2020, High Court judge Justice Siyabona Musithu, ended his detention after he granted him ZW$50 000 bail, barring him from sharing messages on Twitter, ordering him to report 3 times per week to the police and also to surrender his passport.