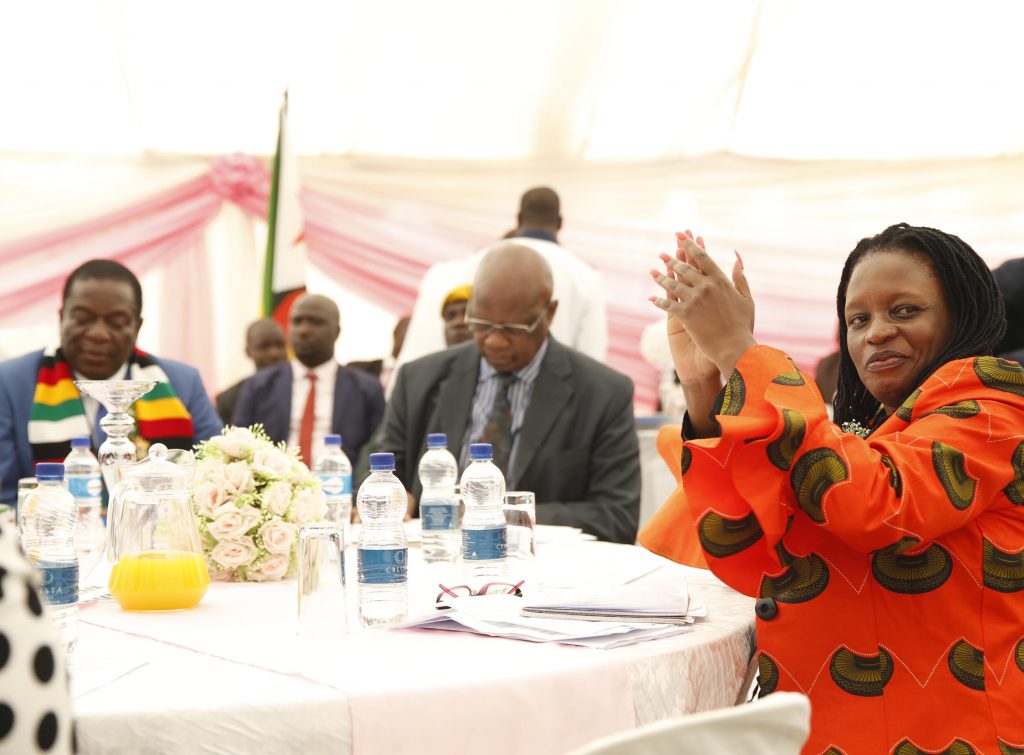 PRESIDENT Emmerson Mnangagwa held an “exceptional and historic” meeting with women’s groups in Harare Friday which, according to an opposition legislator, signalled a significant break with his predecessor.

MDC legislator Priscilla Misihairabwi-Mushonga said accessing former president Robert Mugabe was nearly impossible, especially if one was not a member of the ruling Zanu PF party.

She was speaking at a meeting she helped organise between Mnangagwa and women’s groups in the capital.

The outspoken legislator said those who asked to see Mugabe would be subjected to through vetting while, in the case of the opposition, it was almost impossible to meet the veteran leader as they were seen as regime change agents.

“Presidents have always been difficult to access … tradition has always said we have to go and be vetted by security, our organisations have to say who funds them in case we are being funded by regime change agents,” she explained.

“… the main problem that we had with accessing Presidents has been gatekeepers around the President. Literally those that are around Presidents, we had to work with them as if midzimu (spirit mediums).”

Mugabe, in power since independence in 1980, was toppled by a military revolt last November.

And Mnangagwa is looking to be taking markedly different from his predecessor.

“I must tell my colleagues here that on the day that his Excellency agreed to this meeting that you had asked for us to go and request, he asked only two questions, ‘where is the venue and what is the programme’,” said Misihairabwi-Mushonga.

“For me that was important because we were tired of having to sit down and explain anything and everything that we were going to do.

“We also want to break from the past because there are people that think they own a Head of State so unless you are coming from a party or ruling party, it was impossible to get to the President.

“I am not coming from the ruling party. I come from the opposition and I want to thank you your Excellency that that tag did not stop you from coming here.”

Friday’s meeting also broke with the past in another significant way.

There wasn’t the usual top table for VVIPs with Mnangagwa sitting among the participants and spending half the day at the meeting.

“Sitting among the audience compared with the past and breaking from the cockpit syndrome where only those around you speak … was deliberate.

“… and that you gave us the whole half day is important for us and we want to thank you for that,” said Misihairabwi-Mushonga.

Mnangagwa commended what he described as a fruitful meeting.

“I would like to thank the organisers of this meeting,” he said.

“It has never happened before, if it happened, well maybe it was that time I had jumped the border.

“This exercise we had today was extremely fruitful and in future if you call it again, my entire Cabinet will be here so that they answer questions relating to their ministries.”