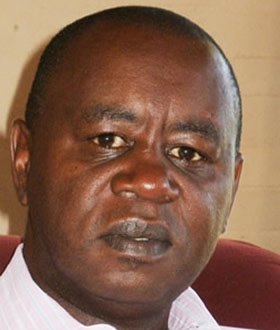 IN THE recent weeks, the media, social and political conversations have been dominated by the ongoing dire cash crisis as well as the proposed disastrous returning of the Zimbabwean dollar alias ‘bond notes’.
The People’s Democratic Party has long held that the ZANU PF regime is as incompetent and indifferent as it is clueless to provide solutions to the economic challenges which Zimbabwe is facing at the moment. After all, one can never expect solutions from the very same minds that created problems.
It is important however to highlight that the current cash crisis is just one of the many symptoms of an economy that is collapsing and, unless the fundamentals of the economy are addressed, any proposed solution would be an attempt in vein.
In view of this, we thus offer here solutions, which are excerpts from our policy document HOPE (a holistic programme of economic transformation), which is the key anchor of our transformational model.
In this analysis, PDP proffers reforms in 5 key areas namely financial sector, pensions, debt sustainability and relief, taxation and currency.
Financial sector reform

Strengthening of oversight over the financial sector by establishing an independent Financial Affairs Regulatory Authority that will carry out the supervision and surveillance of financial institutions; thus, taking away from the Reserve Bank the power to regulate and supervise the Banking Sector.
Amendments to the Banking Act to enhance good corporate governance, strengthen corrective measures by the regulator and criminalize activities and actions that prejudice depositors.
Financial sector reform to promote good governance, including measures to promote sanctions and penalties against those responsible for Bank failures.
Establishment of a Banking Ombudsman whose function is to oversee compliance in the Banking Sector.
Strengthening governance at the Central Bank so that the same sticks to the core functions of monetary policy management and management of the national payment system.
Recapitalizing the Central Bank and restoration of its ‘lender of last resort’ role.
The promotion of electronic payment systems, including incentives for the use of plastic money (debit and credit cards).
The implementation of financial measures to promote inclusion particularly of persons in the rural areas.
Establishment of a credible Credit Bureau.
Restoration of savings accounts in Zimbabwe and promotion of saving instruments to ensure that savings are at least 25% of GDP.
Monitoring and controlling fees charges and lending rates of financial institutions to avoid arbitrage and usurious rates.
Enhancement of legislation and policies that promote micro- financing.

Pension reform
A PDP government will restructure government pensions, to move away from the current defined benefit scheme to a defined contribution scheme. This move creates a huge vessel of savings in the economy which will ultimately provide better benefits to its members.Advertisement

Pension reforms will also focus on addressing national pensions that were decimated by hyper- inflation, ZANU PF’s economic mismanagement and opaque transactions by some insurance firms.
Debt sustainability and debt relief
Rewarding Zimbabwe for its policy consistency will mean that Africans and the international community must accept a total write off of Zimbabwe’s debt. The manner in which the international community has dealt with some countries in the European community, a case in point being that of Greece, offers a sufficient precedent of a total write off of Zimbabwe’s miniscule debt.

The PDP’s point of engagement to peer Africans and the international community will be the following:

Restoration of good governance, rule of law and constitutionalism.
Commitment to crafting an inclusive virtuous Zimbabwe as defined in ARREST.
The implementation of sound economic policies that will guarantee that Zimbabwe will never sink again into unsustainable debt.
A commitment to massive expansion of social services with an undertaking of UN’s Sustainable Development Goals (SDGs).
A commitment to a sustainable climate and environment agenda.
Only the PDP government can make these demands and requests and not a predatory ZANU PF.

Tax reform
As part of fiscal reform, the establishment of an efficient tax regime is essential. Zimbabwe loses millions of dollars in tax avoidance, tax evasion and blatant corruption at its border posts.
Zimbabwe needs to reduce the burden of taxation on its people. The ratio of revenue to GDP, standing at around 30% is one of the highest in Southern Africa.
The following measures will thus be implemented under a PDP government:

Currency reform
The PDP recognizes that, in the long term, it is not sustainable for Zimbabwe to continue to use a basket of multiple currencies as legal tender. The USD, for instance, is exacerbating the challenges of high cost structures as well as the un-competitiveness of Zimbabwe’s exports.
However, the PDP recognizes public sentiment and will thus never reintroduce the Zimbabwean dollar. The PDP government will therefore push for regional integration and the creation of a functional Monetary Union.
Zimbabwe’s new currency will thus be the regional currency adopted by the Monetary Union.
Box 1: HOPE’S MACRO – ECONOMIC TARGETS
HOPE will ensure the construction of a sustainable Zimbabwe in which the following will be achieved:

An average growth rate of 10% during the implementation of HOPE.
Single digit annual inflation of about 5%.
The maintenance of a primary balance, and the attainment of a budget deficit of less than 5% of GDP by the time that the NTA completes its work.
Exchange reserves of at least three years import cover at any given time.
Bringing down unemployment levels to at least 25%.