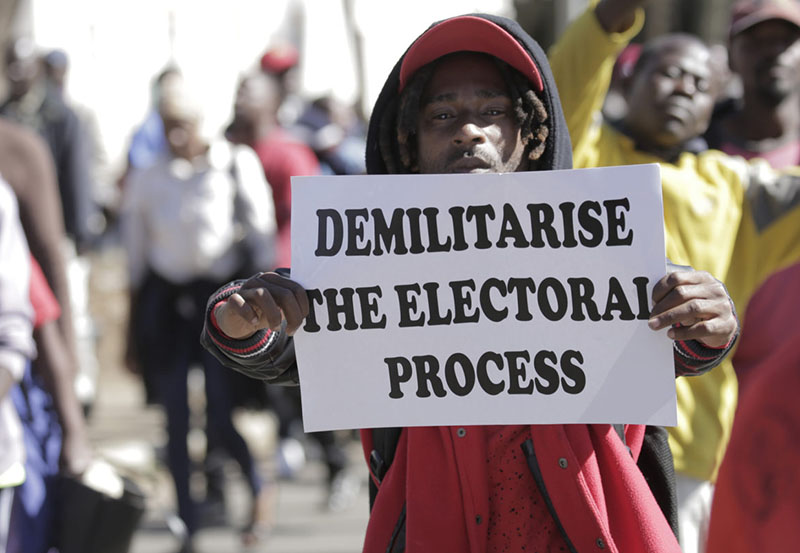 The youths belong to the National Electoral Reform Agenda (NERA), a grouping of some 22 opposition parties established to push for reforms ahead of the disputed July 30 elections.

The main MDC Alliance opposition group has refused to accept the results of the elections, accusing ZEC of fudging the numbers in favour of the ruling Zanu PF party.

A challenge against the poll outcome was dismissed by the Constitutional Court.

“Retired soldiers should not be part of the election process; they should go and rest and practice farming.”

The youths insisted that traditional chiefs should not be engaged in partisan politics.

“Chiefs are not supposed to campaign for any party or mobilise people to vote for certain party. The government is using the chiefs and later paying them with cars,” said Kalonga.

“We do not support such a move by the government. The constitution states that it is the citizen’s right to demonstrate freely.”