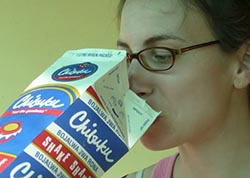 SUNGURA music group, Orchestra Mafarochete are this year’s Chibuku Road to Fame winners for Masvingo and will represent the province at the national finals set for late September in Harare.
The group emerged winners after outshining eight rival contestants at a Chibuku Road to Fame provincial finals held last weekend.
The group will battle it out with nine other groups from the country’s 10 provinces for a recording contract and significant prize money which is up for grabs at the grant finale.
The Final will held at the Glamis Stadium in Harare on September 27.
At the provincial finals, the Mashava based outfit shrugged off stiff competition from other groups and walked home with the $1000 prize money and a ticket to the finals.
Wezhira Band Sounds, from the Masvingo city, claimed the second place and pocketed $500 while Dzimba Dzemabwe Sounds came up third runners and pocketed $300 for their efforts.
Each of the participating groups was given 15 minutes to perform three songs and Orchestra Mafarochete stole the hearts of the crowd which gathered to witness the event at Farai Beer Hall in Mucheke.
Clad in red and black attire, the seven member group displayed well-choreographed dance moves, accompanied by melodious vocals which blended well with the instruments to win the appreciation of the adjudicators.
Group leader, Zebedee Gurajena, said it was a mile stone achievement for the outfit to win the provincial final adding they had set their eyes on clinching the recording contract.
“We worked hard for the provincial finals and our hard work seems to have paid off. We are not going to rest since the ultimate prize of a recording contract will not come on a silver platter,” he said.
Delta beverages Sorghum Brand Manager, Richard Rashai, said his organization was committed to sponsoring the event as it helps identify and groom new talent in the music industry.
The competition is held in partnership with the National Arts Council of Zimbabwe.
“This is part of our company of ploughing back to the community in which we do business,” Rashai added.
“We are trying to identify new talent which lack resources and help them have a breakthrough in the music industry.”
Delta Beverages, through its Chibuku brand, has been supporting the music contest since 2001 and a number of groups have benefited from the sponsorship.Advertisement