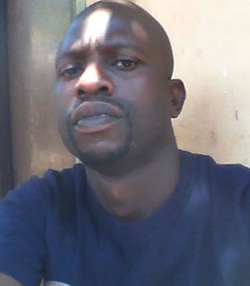 FOR 36-years-old Davies Gubudu, the suffering of the African people, Zimbabweans included, has always been a pain in the neck. But with very little to do to change the face of Africa, the young man felt at least, comforting one another would help ease the pain.
And one day, he felt he could reach out to everyone in Africa and tell them not to cry, because, with time, the tables would turn and Africans would live happy lives.
But being just a poor boy from the dusty old ghetto of Dzivarasekwa, how could he be able to reach to the billions of Africans who were faced with so many different challenges, from dictatorships, war, famine and natural disasters?
That is how the idea of a designer label came, and the birth of “Osadandaula Africa”. Osadandaula is a combination of two Nyanja, words “Osa” which means don’t and “Dandaula” which could mean to wail, cry or worry.
“It all started as a joke four years ago,” explained Gububu.
“My idea was to comfort all Africans no to cry because of the problems they are currently facing. Jokingly I was comforting each and every African who is facing challenges such as wars, unemployment, dictatorships, famine and other calamities.”
Gubudu, who is also a carpenter, said he started designing T-shirts, caps, sweaters, woollen hats, bags and others from home, adding that the brand is growing gradually, with locals seemingly liking the label.

Buoyed by the increasing number of orders he was getting, Gubudu said he is now working on growing the label, and will start with a launch in an effort to publicise the brand.
“I am looking forward to launching Osadandaula Africa in the not so distant future but the challenge we are currently facing is that of capital to purchase state of the art equipment, market the product and do some marketing.
“Sponsorship from the corporate world would go a long way in raising the bar for Osadandaula Africa,” he said.
He said with the right equipment and a good marketing structure, he was confident of providing original high-quality African products that would compete with established clothing labels in the continent.
“I think what makes a product is appreciation by the African market, the belief that the continent can compete at all levels. Western labels only seem to be the best now because we are not promoting our own.Advertisement

“With the right attitude, we can compete with the so called best,” he said.
Gubudu, who is young brother to former Premier League footballer Philemon Gubudu, who featured for the now defunct Lengthens FC, said he was getting overwhelming support from his family.
“I am getting a lot of support from my family, especially from my wife Ellen, with whom we have two young kids, Lewis (9) and Aleen (2).
“She has always been encouraging me to keep working hard despite the economic challenges we are facing,” he said.