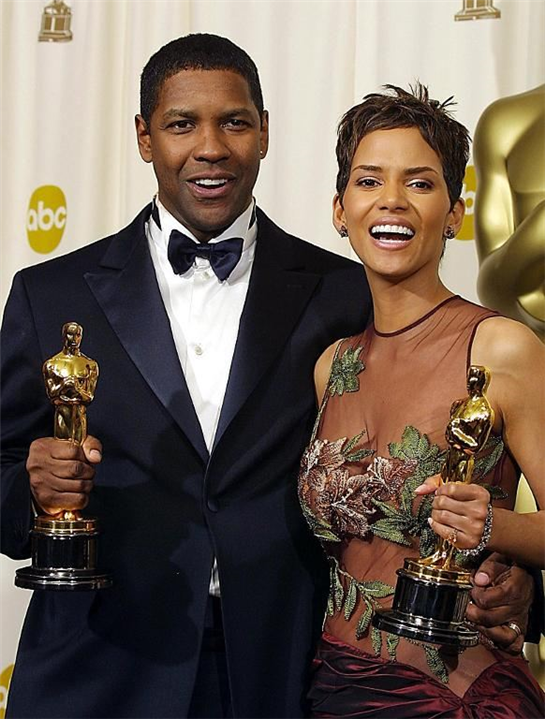 AFRICAN American civil rights groups plan to protest outside Sunday’s Oscars show, where every single one of this year’s 20 acting nominees is white.
However small, the demonstration will revive debate about diversity at the Oscars-awarding Academy of Motion Picture Arts and Sciences, whose voting members are overwhelmingly white and with an average age in their 60s.
“The goal of the protest is to send a message to the Academy, send a message to Hollywood, send a message to the film industry,” said Earl Ofari Hutchinson, head of the LA Urban Policy Roundtable group.
“And the message is very simple: you don’t reflect America, your industry doesn’t reflect America. Women, Hispanics, African-Americans, people of colour (are) invisible in Hollywood.”
Halle Berry and Denzel Washington were famously lauded as having made a breakthrough for winning best actress and actor Oscars in 2002, but while there has been some progress in the decade since, it remains too little.
Critics rounded on the Academy as soon as the nominations were announced last month, with all-white acting categories for the first time in nearly two decades: the last time was in 2011, and before that, 1998.
Notable snubs included Britain’s David Oyelowo, widely tipped for playing Martin Luther King Jr. in “Selma”. The film’s director Ava DuVernay, was also left out, although the movie is among eight picture nominees.
The Academy has defended itself. Its first African American president, Cheryl Boone Isaacs, said shortly after nominations were unveiled that they spurred her to accelerate reforms to make the Academy more inclusive.
“Personally, I would love to see and look forward to (seeing) a greater cultural diversity among all our nominees in all of our categories,” she said at the time.
But Darnell Hunt, head of the UCLA centre for African American studies, and author of “The Hollywood Diversity Report”, said the Academy is heading in the wrong direction.
Hunt, who plans to release an update on his diversity report in a couple of weeks, said that 93 percent of the Academy’s members are white, about 70 percent male, while the average age is 63.
“In many ways the Academy is falling further and further behind because America is more diverse,” he said.
“In about two or three decades, we are going to be majority minority (with minorities making up most of US population) and you are going to have an Academy with 90 something percent white? That makes no sense.”Advertisement

Peter Saphier, a member of the Academy since 1978 and former Universal executive who produced “Scarface” (1983), acknowledged that the body has some work to do.
“There should be more diversity within the Academy itself,” he told AFP.
“They are trying to do something about it. We have an African American president. She is doing all she can to increase the membership diversity.”
William Smart Jr, president of the Southern Christian Leadership Conference, said: “This is unjust, to see the lack of African Americans in the presentation. So we’re mad! We’re upset!”
He stressed that there are “so many” actors from various ethnics and racial groups.
“But the process eliminates them,” Smart said.
“There is an invisible ceiling over their heads, that the Academy has put there. We’re calling for them to tear down that invisible ceiling.”
Sunday’s diversity protest is planned for 2:00 pm (2200 GMT), only minutes before Hollywood’s finest begin taking to the red carpet for the pre-show fashion parade, and barely three hours before curtain up on the 2015 Oscars.