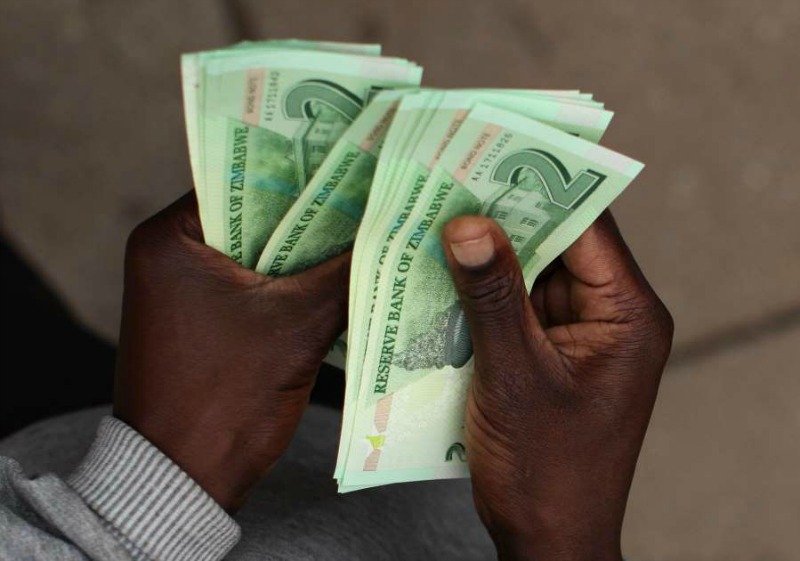 DOZENS of anti-riot police Tuesday descended on some illegal foreign currency dealers plying their trade in the space between Bulawayo’s Tredgold Magistrates Court building and the Innscor Food Courts amid claims the raid was instigated by Chief Justice Luke Malaba.

Osiphatheleni, as they are commonly known, directed their anger at the country’s top judge whom they said had no jurisdiction outside the judiciary.

Officiating at the commissioning of three court rooms at the Bulawayo High Court on Friday, Malaba urged the Bulawayo city council to remove the money changers from the area, saying their illegal activities gave the country‘s justice delivery system a bad name.

Some of the money changers were also arrested during the operation code named “Push out illegal Foreign Currency dealers”.

When the NewZimbabwe.com news crew visited the place Tuesday, police had barricaded and cleared the illegal traders from the place.

“I have been changing money since 2008 and who is Malaba to order us to leave this place; which does not belong to him anyway,” said one money changer who only identified himself as SaPaul.

“Does he know that we are paying levies to the council for using this place? Malaba should not abuse his office by straying in areas which do not follow under his office.”

Another money changer who also declined to be named for fear of victimisation vowed to continue plying his trade at the place.

“To us, this is where our livelihood is and there is no where we can go. The government should first fix the economy before harassing us. Malaba and his colleagues should understand that the reason why we are changing money is because there are no jobs in the country,” he said.

Most of the money changers are now operating along nearby streets.

“The police cannot sustain this operation .For how long are they going to be guarding that street? We want to warn them that they will not win this war,” he said.

Some of the money changers are now conducting their money changing business in cars.