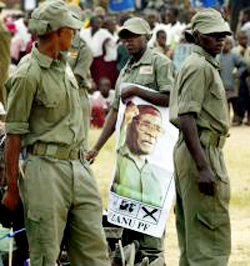 DEAR reader, kindly google the British Guardian issue of Friday, 8th August, 2014. You should be able to find an article titled, “Childcare funding could be cut off for failure to promote British values”. By any measure, this is a very long, even unimaginative headline for a story, a headline made longer, quite boring when read against legendary British wit, British sententiousness.
Of course if you know a thing or two about British journalism, you will immediately understand that when their journalists become that elaborate, that pedestrian, it is for a very good reason. They do so to press an important point home, guarding against stylistic distractions. The point must ram home, undiluted by conceit.
British State in the cot
The gist of the article is compressed in its scary introduction which read: “Parents will have government funding for childcare cut off if their children’s nannies or nurseries fail to “actively promote fundamental British values”, including democracy and liberty, under measures announced by the Department for Education”. The new secretary (read minister) for education said the move was meant to protect young children from “extremist views”.
Of course if you know British speak, you also know immediately that the cursory references to “democracy” and “liberty” are ornamental, which is why these notions are cynically coupled to a new parenting policy which represent not just State intrusion in the cot, but class cultural high-handedness at home, and xenophobia abroad. What are “British values” but the values of British rulers? What are “extremist views” but profiled views and cultures of the Other?
You are reading a facet of Fortress Britain in multicultural times, a facet clearly indicating how fast British civil liberties continue to beat hasty retreat right into the baby cot! Such is the post-September 11 world we live in. But that is an argument for another day. My focus is quite different.
The ruling ideas
What I advert your attention to is the sheer clarity of British thought and intention, the clarity and boldness of the British in pursuit of an existential objective. Britain does not want multiculturalism; it requires exclusive British cultural dominance in its polity, requires that British culture socialises its children without having to doff or defer to, without any distractions from any other culture.Advertisement

And the campaign targets the cot and the nanny, targets the setting and personage of the essence of British social life. Of course you and I know that what is being termed “British values” are the values of the British ruling class which must now reign right down to the cot if consent and acquiescence to the dominant ideology and its values has to be an effortless matter of upbringing and reflex.
You might not like these raw facts of British life; but you cannot but admire the unabashed boldness in requiring this in their demesne. This suggests a polity firmly in charge, a polity quite clear about how power is made, retained, perpetuated and supported. And the message is clear: cultivate power from the cot, without being apologetic about it.
The day we backed off
Fast forward to our Zimbabwe. Cry the beloved African country! Ours is a case of a ruling party without a ruling ethos. Or playing shy with inaugurating it. This country went through a war before it found itself again as a Nation. That war produced not just bullets, not just death; it produced a world-view, an economy, a culture, a value system upon which this Nation was supposed to rest. That is what happens with all founding processes. American values derive in large part from its war of independence.
The French Revolution became the fount of the French governing ethos. In the early years of our Independence, there was an attempt — gallant if you ask me — to refashion our curricula to reflect this spirit and ethos of liberation. People like Fay Chung worked hard under ZIMFEP, created model schools like Mavudzi, Rusununguko, Nkululeko, etc, etc. The idea was to found a new person, a new outlook, as behoves all genuine revolutions. What happened? The Churches protested.
The patrician, so-called A Schools objected. Whites objected and Dr Mutumbuka, then education minister, backed off. The human rights lobby became active in opposition. We buckled, we bent, and these model pilot schools went down, frugally supported as if to suggest a beggarly vision behind them, as if to scare us all from ever daring that kind of experiment.
The liberation value system was, that way, extirpated from the cot and beyond, restoring an old cot that created better African Rhodesians than Rhodesia was ever able to mould. Our school system became a post-liberation hymn that sang “long live” to posthumous Rhodesia. All that persists to this day, undisturbed.
Reconnecting with the source