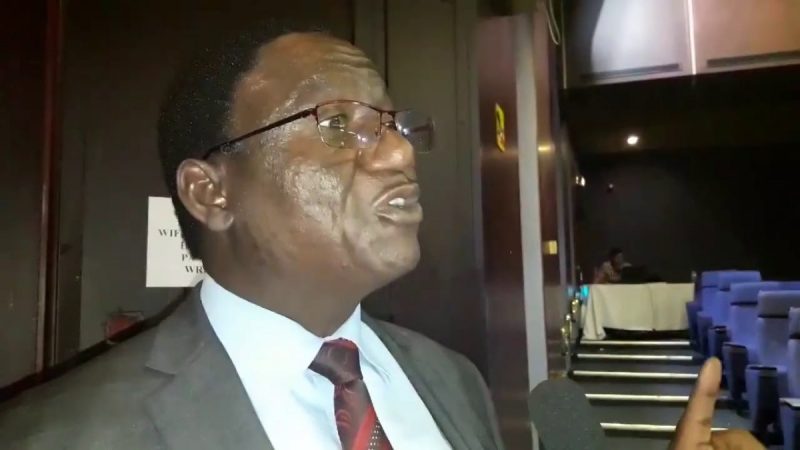 Kindness Paradza is now a deputy minister
Spread This News

FORMER legislator Prince Madubeko Sibanda has lamented the decimation of parliament’s Media, Publicity and Broadcasting Services committee following a combination of death, promotion and some expulsions on MDC Alliance MPs.

Sibanda was chair of the committee when he got recalled from the august house by the rival Douglas Mwonzora led MDC-T.

His committee, which has been credited for advocating sweeping media law reforms in the country, lost five of its key members.

They include Mbizo’s Settlement Chikwinya who was recently recalled from parliament by the Lucia Matibenga led People’s Democratic Party (PDP).

The other key members include Kindness Paradza (Zanu PF), who was recently appointed Deputy Minister of Information, Media and Broadcasting Services while another strategic member of the committee Webster Shamu was also recently appointed the Chairperson of the Parliamentary Portfolio Committee on Foreign Affairs, a position previously held by Paradza.

The committee also recently lost another active Zanu PF member Alum Mpofu who collapsed and died some two weeks ago.

In an interview with NewZimbabwe.com, Sibanda said the media law reforms agenda in parliament will lose traction without the five former members.

“For starters, I think I am proud to say that in the history of Parliament of Zimbabwe and the law making process for the first time, we had a by-partisan approach to all the laws that we had and the reason why we were successful in that by-partisan approach is because in our leadership, we emphasised that when we are making laws, we are not making these laws for ourselves but for posterity purposes.

“Most of the key members from Zanu PF understood and appreciated this approach. We would debate most Bills among us before going to parliament,” said Sibanda.

The once firebrand lawmaker said before a Bill was presented to parliament, the committee would select a sub-committee that would go and meet with both the Ministers of Information and Justice who are responsible for drafting any law.

He said the committee would also make sure they reached a common consensus across the political divide before approaching parliament.

“From our side as MDC Alliance, there was myself as the chairperson and Honourable Chikwinya as well.

“So, these five were literally the people that drove the media law reform processes in parliament. Parliament even acknowledged the way we were doing things,” he said.

Sibanda said the deficiency of the five legislators will likely hinder any future media reforms.

“I think the speed at which media reforms are going to move will be reduced. They have got a new chairperson and I am sure they have got new members as well who cannot appreciate and trace the history that we had moved.

“This definitely is going to dent the manner media law reforms are going to take place in parliament save for those Bills that we have left in a manner that they are ready for passing.

“Any other laws that are coming now, I think we will have the usual stuff where the minister will come and bulldoze and push whatever they want not taking into consideration what the stakeholders would have said,” said Sibanda.

The committee on 10 March this year presented to parliament its report on the Zimbabwe Media Commission Bill.

Media organisations have hailed the report as a fair reflection of sentiments and aspirations of citizens who made contributions during the committee’s public hearings conducted last year.

The report follows public hearings conducted by the committee on the Bill between 14-18 October 2019 in Harare, Mutare, Masvingo, Bulawayo and Gweru.

“The Information, Media and Broadcasting Services committee was one of the most vibrant committees.

“As media stakeholders we have interacted with this committee on numerous occasions concerning issues affecting the industry.

“This committee understand very well the importance of media Co-regulation,” the VMCZ Director.