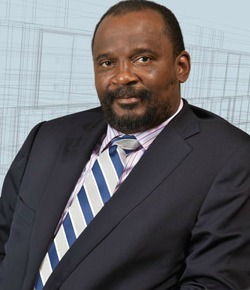 OUSTED Mwana Africa chief executive officer Kalaa Mpinga says he is not a bitter man and is ready to explore investment opportunities in Zimbabwe and Africa following his shock departure from the resources group he founded 12 years ago.
Mpinga, 55, was forced out of Mwana last Wednesday following a series of clashes with majority Chinese shareholders and a group of minorities on Wednesday, a day after an extraordinary general meeting in London ousted his allies from the board.
Sources said sharp differences between Mpinga, the Chinese and other minority shareholders emerged after last year’s annual general meeting over the company’s strategy.
Majority shareholder, China International Mining Group Corporation (CIMGC) and its chairman Yat Hoi Ning were opposing the contracting of a South African company and a local metallurgist to spearhead the restart of the smelting complex, opting for Chinese firms.
They were also opposing the company’s acquisitive strategy which was being pushed by Mpinga.
Mpinga told The Source in his first interview since his ouster that he is proud to have turned around the mining company’s prospects, whose local assets were teetering at the brink of collapse at the height of the country’s economic crisis in 2008.
CIMGC came on board in 2012 with a $21 million investment to restart Mwana’s Bindura Nickel Corporation (BNC).
“My relationship with Zimbabwe started before I started Mwana,” Mpinga told The Source in a telephone interview.
“I had a life in Zimbabwe before Mwana. I had a life in Zimbabwe whilst I was at Mwana and I will have a life in Zimbabwe after Mwana. I continue to believe that Zimbabwe is a very exciting investment destination and I will be there.
“I am very proud, to use your example, I had a child and my child has now graduated and is ready to move on with his life…I am very proud of what I have achieved there and I’m looking forward to other challenges in Zimbabwe and anywhere else.
“You know Africa is still to be rebuilt and I have been doing this for the past 25 years and I intend to continue.”
Mpinga said he sees investment opportunities in mining, infrastructure and energy.
“One of the things that have been exciting me the most in the past few months in Zimbabwe was the farm that we have at Freda Rebecca and the potential you have in farming in Zimbabwe,” he said.Advertisement

“I am an agricultural economist so I will say that food (agriculture is a potential area for investment), energy, infrastructure and mining. There are a lot of things to do. Everything needs to be reviewed and everything needs to grow continent-wise.”
Mpinga has proved adept at navigating Zimbabwe’s treacherous terrain, infamously one of Africa’s worst, after being fingered in an alleged internal Zanu PF coup plot against President Robert Mugabe, ostensibly to catapult now Vice President Emmerson Mnangagwa to the presidency, in 2005.
Mpinga vehemently denied accusations he had chartered a plane that took Zanu PF officials to a plotters’ rendezvous and lived to tell the tale, remaining an investor and frequent visitor to unforgiving Mugabe’s Zimbabwe.
He, however, failed to survive a coup instigated by a small group of activist shareholders, executed in broad day-light on a placid Tuesday in London.