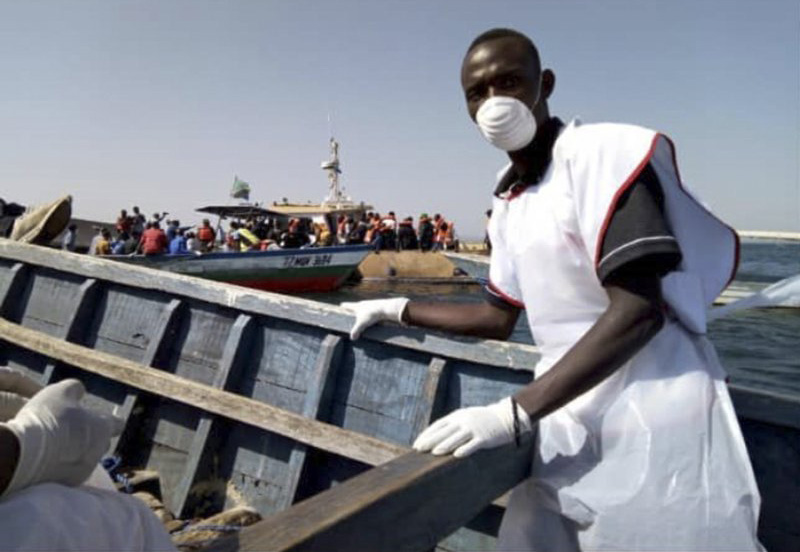 The death toll rose above 100 after a ferry capsized and sank on Lake Victoria, Tanzania state radio reported Friday, while a second day of rescue efforts raced the setting sun.

The toll was likely to go up, John Mongella, commissioner for the Mwanza region, told The Associated Press after dozens of security forces and volunteers resumed work at daybreak.

“More than 200 people are feared dead,” based on accounts from fishermen and others nearby, because passengers had been returning from a busy market day, Tanzania Red Cross spokeswoman Godfrida Jola told the AP. “But no one knows” just how many people were on board.

Such ferries often carry hundreds of passengers and are overcrowded.

At least 37 people had been rescued from the sunken ferry as of Thursday evening, when rescue teams called off their work overnight.

No foreigners had been found among the dead, Mwanza police commander Jonathan Shanna said Friday.

The passenger ferry MV Nyerere was traveling between Ukara and Bugolora when it sank, according to the government agency in charge of servicing the vessels.

Accidents are often reported on the large freshwater lake surrounded by Tanzania, Kenya and Uganda. Some of the deadliest have occurred in Tanzania, where passenger boats are often said to be old and in poor condition.

In 1996, more than 800 people died when passenger and cargo ferry MV Bukoba sank on Lake Victoria.

Nearly 200 people died in 2011 when the MV Spice Islander I sank off Tanzania’s Indian Ocean coast near Zanzibar.