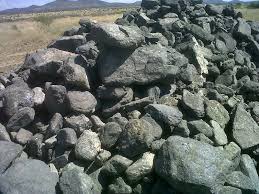 STATISTICS from the Minerals Marketing Corporation of Zimbabwe (MMCZ) have revealed that over 3 million tonnes of chrome ore are stuck in China due to a tumble in the mineral’s price.

“Stainless demand remains slow and stockpiles in China are reportedly at high levels. Total chrome ore stocks at Chinese Ports were above 3 million tonnes in June 2018,” a report from MMCZ read.

The report explained that though the country’s chrome share is taking over from the Turkish market share, the general market, “remains heavily oversupplied”.

The fall according to MMCZ Deputy General Manager Masimba Chandavengerwa is attributed to the Chinese government’s crackdown on small to medium size smelters due to environmental factors.

“The Chinese government has cracked down on small to medium size smelters were polluting the environment and closed them,” Chandavengerwa said in an interview.

The MMCZ top official indicated that the subsequent closure has consequently led to reduced demand.

“This has resulted in reduced demand for ferro-alloys in general in the Chinese market leading to increased stocks at ports. In response to this, prices have been softening,” he said.

Regardless of the present challenges Chandavengerwa indicated that they MMCZ is not going to look for a new trading partner.

“We will continue to take advantage of our superior quality and continue to push the product into the Chinese market,” he said.