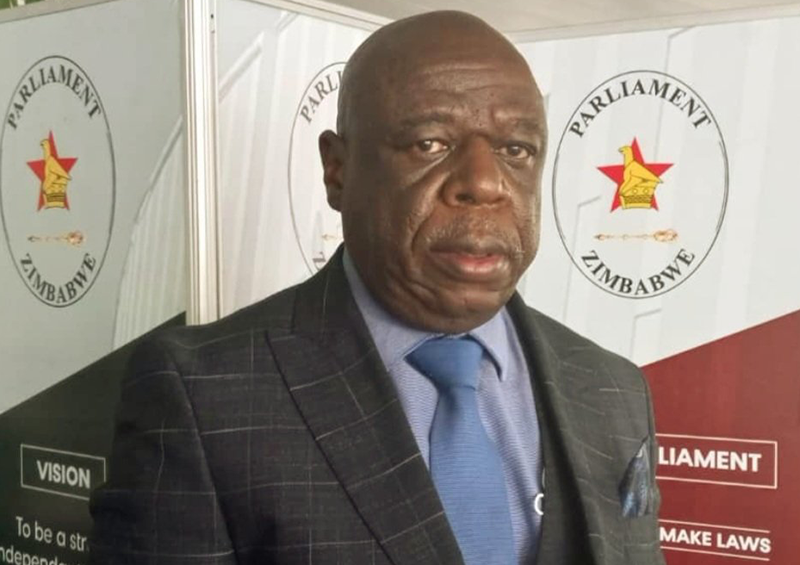 Parliament Clerk, Kennedy Chokuda, and his delegation were grilled by MPs seeking answers on why he awarded a tender to a computer company to supply laptops at US$9,000 each, yet the average price range of computers on the market does not go beyond US$5,000 each.

Belmate Investments had been awarded a tender by Parliament to supply 173 laptops at a cost of US$1,6 million, but Chokuda later cancelled the tender after Treasury red-flagged the deal.

During Tuesday’s deliberations, PAC committee members exchanged unpleasant words, accusing each other of either protecting the Parliament administration or helping in concealment of crucial information meant to nail management over the shady deal.

According to Citizens Coalition for Change (CCC) MP Charlton Hwende, the deal was only cancelled by Treasury after a losing bidder unearthed the scam, exposing Parliament.

“Bhebhe (Parliament director Procurement) is lying to the committee. He is lying under oath. He needs to take this issue very seriously,” charged Hwende

Mliswa read letters written by Chokuda confirming the awarding of the tender to Belmate Investments. 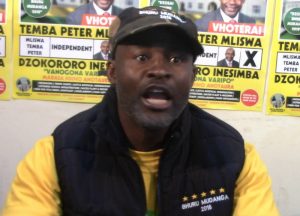 “We cannot sit here and look at your face. I went to school and studied English and I am really clear unless this English is different. You must be honest and at times as a man you must be honest and say ‘I made a mistake’ and not for you to take us around and put this institution into disrepute,” said Mliswa.

“The Clerk, with due respect, must carry the cross. We are in this mess because of you. You sit there and deny this letter you signed on the 29th of August. The best you could say was ‘it was a fake signature’, not for you to sit there as chief accounting officer for this Parliament. Pack your bags and go!

“This Parliament is in a mess because of you. He cannot sit there and lie to us with his dogs barking. You cannot do that Mr Chokuda. Pack your bags and go! You are a disgrace to this Parliament,” an erate Mliswa shouted as other members tried to calm him down.

He added, “It seems some members are supporting the administration. This is not a Zanu PF caucus.

“You come here to disrupt issues. Parliament is not a Zanu PF institution. Mapiwa marii nhai Amai Chikwama (how much have you been given, Hon. Chikwama?) We are not in Gutu. This is Harare and Parliament of Zimbabwe,” Mliswa told the MPs.

Committee chairperson and MDC Alliance MP Brian Dube warned members that he would not be forced to adjourn the meeting prematurely.

“For the record, whether someone has any other motive; As long as I am not dead, this meeting shall proceed. All the disruption will only result in the extension of the meeting. I am not going to chase anyone out of this meeting until we finish the discussion,” Dube warned. 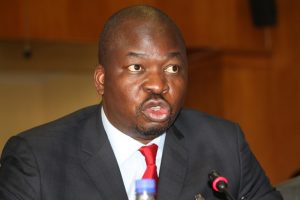 At least 92 bidders applied for the tender, but only 30 managed to make it to the last stages of the process.

Chokuda told the committee that he cancelled the tender deal on September 9, 2022 after it came out on social media.

However, Chokuda explained that all tendering processes were followed as due diligence was also done accordingly. He told this committee that Treasury had not written to him but he only saw Permanent Secretary George Guvamatanga’s letter on social media as he responded to it.

“We do our job diligently. There was no way as Clerk of Parliament that I would buy a laptop worth US$9 000. I am the one who wrote a letter of cancellation of the tender,” Chokuda said.

Information Communication Technology (ICT) director, Theresa Kamvura told PAC that the organisation was looking for an HP Spectate- H360,which is a 360 ex-convertible touch-screen gadget that can function as a tablet or a laptop.

It was considered to be convenient in carrying out the expected work, including field work by Parliament staffers.

However, Kamvura admitted the prices of the quoted gadgets in the tender were far too much than those offered by most companies on the market.

“Parliament settled for a Core i7 processor instead of a Core i9 processor because we were looking at the standard requirement for plenary meetings such as the Zoom,” Kamvura told the committee.