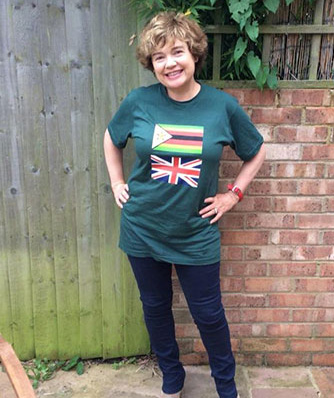 SOFT power comes in many guises. This week it is wearing a blue duffle coat and a red hat, and is covered in fur.
Paddington Bear will lead a charm offensive aiming to heal the rift in UK-Zimbabwean relations by demonstrating a cultural affinity between the two nations. Harare has been chosen for Thursday’s African premiere of the big-screen version of the popular character’s adventures, starring Hugh Bonneville, Nicole Kidman and Ben Whishaw.
“I am delighted to host the African premiere of the film Paddington in Harare this festive season,” British ambassador Catriona Laing said.
“Zimbabwe and the United Kingdom have a long shared history, with strong ties, characterised by a common language and culture that includes adored childhood characters like Paddington Bear.”
Laing, who presented her credentials to president Robert Mugabe in October, has one of the toughest jobs in British diplomacy. Mugabe, 90, who loved to shop at Harrods and Savile Row until slapped with a travel ban, now rarely misses a chance to berate the British.
“So Blair, keep your England and let me keep my Zimbabwe,” he once memorably declared.
The countries’ relationship is freighted with history. Cecil John Rhodes was granted a British mandate in 1889 to colonise what would become Southern Rhodesia. A Ndebele uprising was brutally crushed four years later.
After more than half a century of white minority rule, then prime minister Ian Smith unilaterally declared independence from Britain but soon faced a war he could not win against black nationalist guerrillas. British-brokered talks at Lancaster House in London in 1979 led to a peace agreement and new constitution, paving the way for an election won by Mugabe.
A generation later, the British legacy is still felt in everything from cricket and football to O-levels and A-levels. The top schools include St George’s College and Prince Edward, while Churchill Road and Nelson Avenue are among street names.
Mugabe himself is gently mocked for his admiration for the Queen and manners said to resemble those of a Victorian English gentleman. He rides to the state opening of parliament in a vintage British convertible Rolls Royce.
But last year he said defiantly: “I am not British, I am not a colonial product because I am a complete Zimbabwean.”Advertisement

What view Mugabe would take of the little bear from Peru, who turned up alone at London’s Paddington station more than half a century ago, is a matter for conjecture.
But there is doubt that Michael Bond’s books have international appeal, with the 26 titles translated into 40 languages and selling more than 35m copies worldwide. There are more than 1,000 items of Paddington merchandise and even a theme park in Japan.
The movie version, released in the UK last month, has been praised by critics and seized on by British tourism officials as a chance to promote the country.
Bond, now 88, was initially worried when it was awarded a PG certificate due to “mild bad language” and “mild innuendo”, but declared it “a delight from start to finish”.