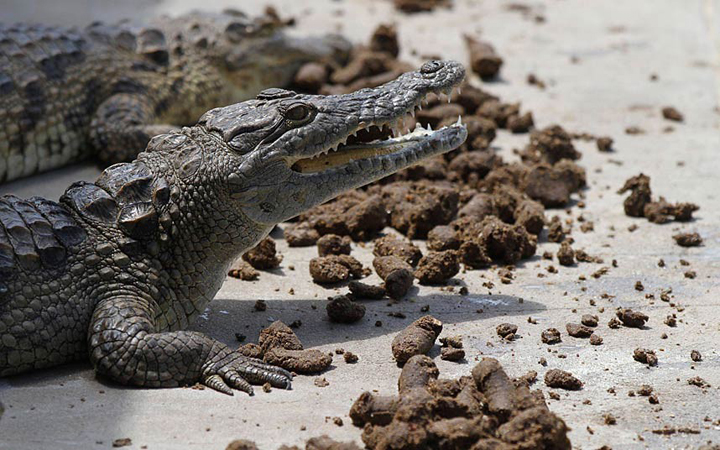 HARARE: Padenga Holdings has so far culled 4,100 crocodiles for the current harvesting season, which commenced last month and is confident of achieving operational and financial targets for the year.
Chief executive Garry Sharp tod the company’s annual general meeting that the first grading and sale of this year’s production was conducted early this month with a total of 3,962 skins being graded and achieving a 97 percent 1st grade ratio.
“The quality of the cull crop in the pens (crocodiles born in December 2013 and December 2012) gives us confidence that we will attain our target cull of 46,000 crocodiles of 35 cm belly width average,” he said.
The first half of the financial year was largely a cost accumulation period with the greater portion of culling and turnover accruing in the second half of the year, he added
As a result, total expenses for the four months to April 2016 are one percent below budget.
Sharp said demand remained strong for premium quality skins notwithstanding the decline in the number of tourists visiting Europe after the terrorist incidents in Paris, France and Brussels, Belgium.
“High value leather accessories constitute a significant proportion of final product sales by premium luxury brands and the demand for good quality raw skins reflects this,” he said.
The company operates three farms, which include Kariba Crocodile Farm, Ume Crocodile Farm and Nyanyana Crocodile Farm. It also owns subsidiary, Lone Star Alligator Farm in Texas, United States.
At the American operation, 1,654 medium-sized alligators and 2,455 watchband-sized alligators were harvested during the 1st quarter of the year and a further 7,944 alligator skins from prior year were graded and sold in the period.
“This operation currently has 9,249 animals on the ground. Of these, 4,911 will be harvested in September 2016 and 4,338 will be carried forward to 2017 to be harvested as medium sized skins of 32cm average size,” he said.
Sharp said demand for crocodile meat locally was steady, although below the highs experienced four to five years ago.
“We expect to achieve sales at a similar level to last year. We will maintain sales promotions of low value cuts into the local market to preserve our market share as an alternative to sales into Asia.”
Padenga currently has 44,088 born in 2014 and 52,326 born in 2015 crocodiles on the ground in Zimbabwe.Advertisement

He also said Lone Star has been successful in negotiating the purchase of 22,000 hatchlings for September this year, which will bring the operation back to full productive capacity.
“We believe the operation has the management, facilities and systems now in place to grow good quality Alligators. The breeder stock in the captive breeder project has come through the dormant winter season well and are now aggressively taking to feed with the onset of summer and as the breeding season approaches,” said Sharp.
On capex deployment, Sharp said in Zimbabwe expenditure was focused on preparing material for the construction of an additional 60 grower pens in 2016 which will allow a further reduction in stocking densities in an effort to continually improve skin quality, also on improving facilities with six additional breeder ponds under construction.
In addition, a contract to construct a solar power plant at Ume Farm had been concluded and the importation of the equipment was underway with installation to commence in July.
In US, contracts have been awarded for the construction of six additional production barns and the contractors moved on site at the beginning of May.
The AGM approved annual directors’ fees and auditors fees at $56,850 and $58,500 respectively.