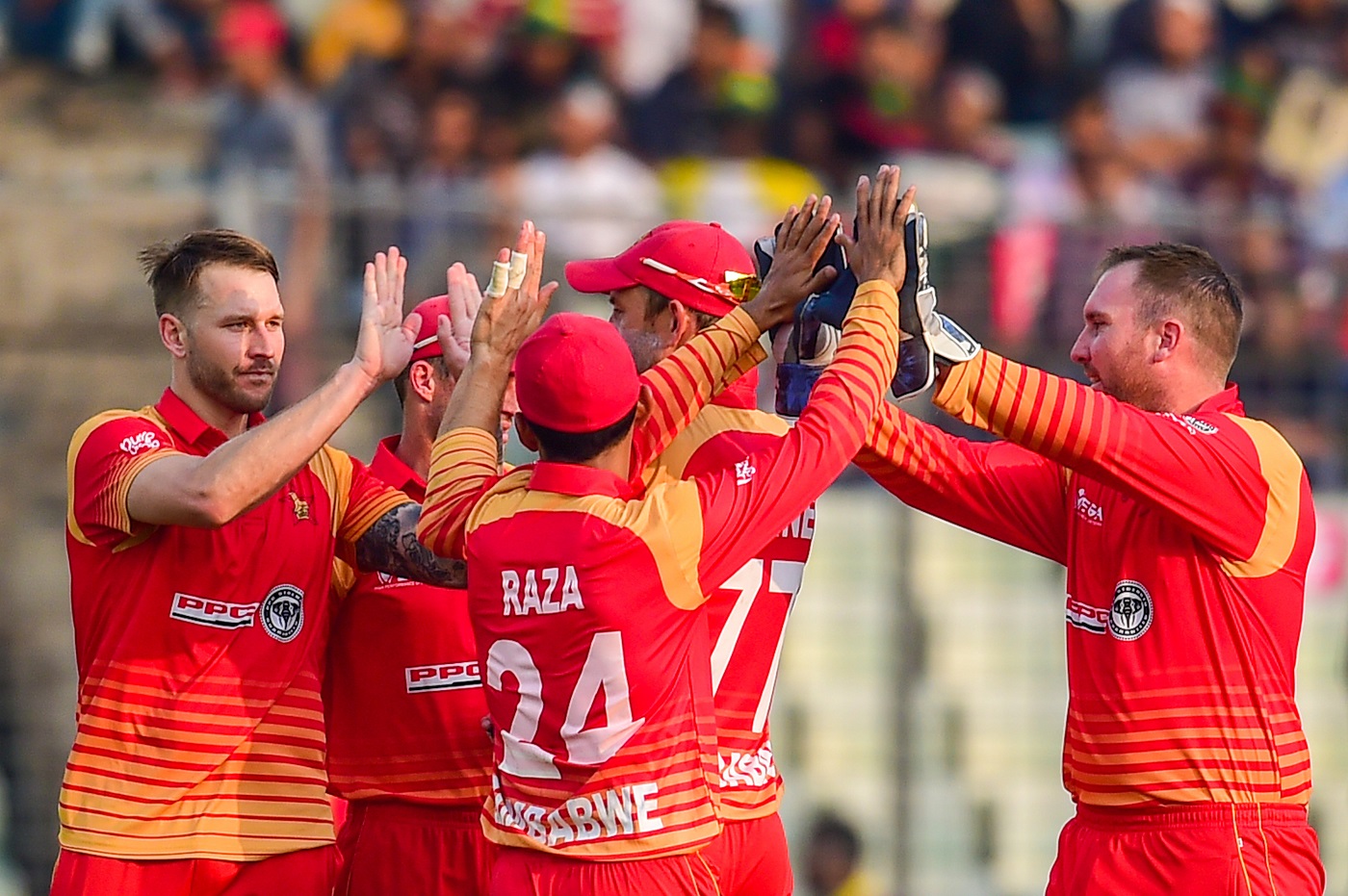 SKIPPER Babar Azam smashed a robust half-century to lead Pakistan’s six-wicket rout of Zimbabwe in the first Twenty20 international in Rawalpindi on Saturday.

Azam proved yet again why he is one of the top batsmen in white-ball cricket with an attractive 55-ball 82 to anchor Pakistan’s chase of a modest 157-run target in 18.5 overs.

The win gives Pakistan a 1-0 lead in the three-match series and a 12th straight win over Zimbabwe in all Twenty20 international cricket.

Wesley Madhevere struck a maiden half-century to lead Zimbabwe to 156-6 after they won the toss and batted.

Azam, determined to regain his place as Twenty20’s top batsman — which he lost to England’s Dawid Malan two months ago — punched nine boundaries and a six during his 80-run stand for the third wicket with Mohammad Hafeez, who made 36.

Azam was finally caught in the 17th over, as was Hafeez in the 19th, but the target was never beyond Pakistan.

Azam said his victorious side still had room for improvement.

“Whatever is my game I try to execute that and enjoy my batting,” said Azam, whose 50 was his 15th in T20Is. “We executed the plan in bowling but still need work on our fielding.”

“We were 20 runs short,” said Chibhabha, who was dismissed for a second-ball duck. “Madhevere batted very well but we lost our way in the middle overs which was disappointing, but we will try to improve in the next game.”

Zimbabwe, who upset Pakistan in the third one-day international at the end of their 2-1 loss in the preceding series, were never able to stop Azam’s free-flowing stroke play despite dismissing Fakhar Zaman (19) and Haider Ali (seven) by the eighth over.

Earlier, Zimbabwe added 46 in the last five overs with Madhevere in the lead.

Madhevere, the 20-year-old right-hander, struck a 48-ball 70 not out with nine boundaries and a six to help Zimbabwe post a respectable total.

Madhevere, who had only four runs in his previous two Twenty20 appearances, added 34 runs for the sixth wicket with Elton Chigumbura, who made a 13-ball 21 with a six and two boundaries.

Sean Williams (25) and Brendan Taylor (20) were the other contributors.

The teams will meet again at the same venue on Sunday and Tuesday.