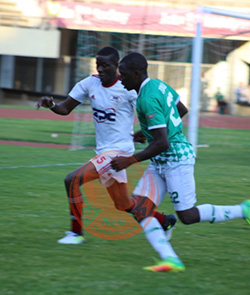 PAKISTAN and Zimbabwe have decided to put on hold their limited-overs series that was to be played from August 17 to September 17 in Zimbabwe.
Although no definite reason has been identified for the postponement of the series, a likely one is that Pakistan did not want to jeopardise their qualification for the 2017 Champions Trophy.
A PCB official told ESPNcricinfo the series would not go ahead as scheduled.
“The decision is taken unanimously and in a cordial manner,” the official said.
“Both boards now will look for another window other than August-September this year.”
Pakistan had initially agreed to play a limited-overs series in Zimbabwe this year during the only available window, in August.
This was intended to reciprocate Zimbabwe’s tour of Pakistan in May which helped Pakistan host their first international series in the country in seven years.
But PCB chairman, denied allegations that Pakistan was reneging on an agreement with Zimbabwe.
“We have an agreement in place with Zimbabwe Cricket that we will tour there in return for their tour of Pakistan, so there is no question about that happening at some point in future,” PCB chairman Shahryar Khan said in an interview.
“However there was no agreement in place to play a tri-series in Zimbabwe. There was some misreporting previously that we had agreed to a tri-series, when actually no agreement was in place to play against West Indies and Zimbabwe.
“So for some to say we backed-down from something that we had not agreed to is wrong.”
Pakistan moved from ninth place to eighth in the ICC rankings after winning the ODI series against Sri Lanka.
With no one-day fixtures scheduled until the cut-off period of September 30 this year for Champions Trophy qualification, the top eight teams will remain unaffected.
Had Pakistan played Zimbabwe and lost the series by a margin of 2-1 or more, it could have affected their participation in the tournament.
Zimbabwe had also floated an idea for a tri-series involving West Indies, but with Pakistan qualifying for the Champions Trophy, the PCB seems to have had a change of heart, leaving Zimbabwe to scrap their plan.
Zimbabwe Cricket did not respond to ESPNcricinfo’s queries.Advertisement