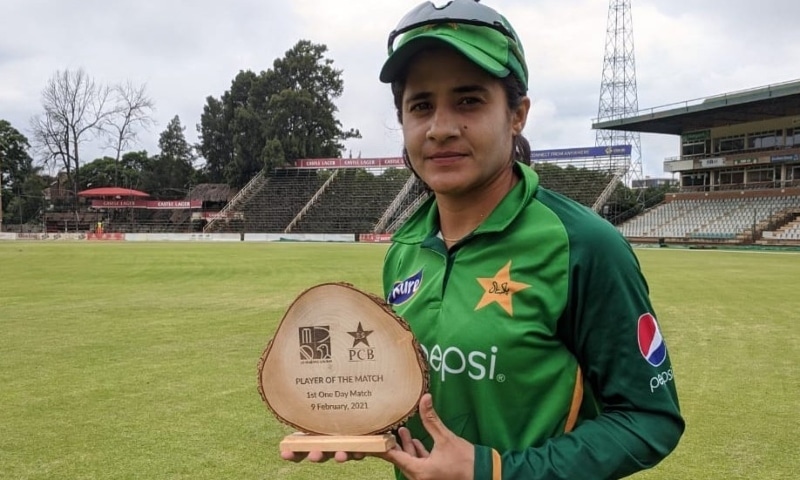 The two contributed a brilliant 157-run stand for the fifth wicket that lifted Pakistan to 255 for 6 after the tourists were put into bat by Zimbabwe captain Mary-Anne Musonda.

Javeria top-scored in the match as she made 81 off 116 balls while Aliya blasted six fours and a six in her 87-ball 74.

Zimbabwe’s Nomvelo Sibanda took two wickets for 28 runs and was the pick of the bowlers for her side.

Pakistan’s bowlers then dominated the second half of the match and the opening spells of Diana Baig and 19-year-old Fatima Sana brought three wickets for 36 to send hosts Zimbabwe struggling.

Nida’s impeccable bowling which fetched her 2 for 9 in seven overs further dented Zimbabwe. The hosts were bowled out for 77 in the 35th over. Javeria for her match winning innings was named the best player-of-the-match.