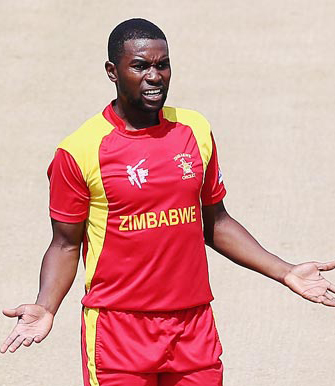 BEMUSED players said they hoped to take the focus off security and put it back on cricket after authorities mounted an unprecedented operation to guard insurgency-hit Pakistan’s first home international in six years.
Thousands of police and paramilitaries have been deployed and helicopters will be buzzing over Lahore’s Gaddafi Stadium, which has been turned into a fortress for Friday’s Twenty20 game against lowly Zimbabwe.
The fixture is Pakistan’s first on home soil since 2009, when militants launched a gun attack on Sri Lanka’s team bus in Lahore, killing eight police and civilians and leaving seven players wounded.
Roads around the stadium will be closed and shops and restaurants have been shuttered for the duration of the series, consisting of two Twenty20s and three ODIs, all in Lahore.
Jammers are in use to cut out radio signals, hampering wifi at the stadium, and fans will have to go through metal detectors at three security checkpoints, raising the prospect of hours of queuing.
Zimbabwe have been under tight wraps since their arrival early on Tuesday, when they were whisked from the airport to their hotel watched by thousands of security personnel.
They are far from the usual arrangements for a cricket match, and Zimbabwe captain Elton Chigumbura said it was a new experience for him and his team.
“Yes, it’s obviously something new for us,” said Chigumbura.
“But we know why it is like this and players are not worried because Pakistan have done this for us, to be secure and safe. For us the main thing is to play good cricket and I don’t think it will affect us.”
Pakistan captain Shahid Afridi hoped the first ball on Friday will refocus attention on cricket as he attempts to lift his team after a poor World Cup and series in Bangladesh.
“These [security] arrangements are necessary,” said Afridi.
“I am sure with the first ball on Friday all attention will be on cricket and fans will enjoy the game without any bother and I hope they come in big number.”
Despite the tight security and the late confirmation of the series, following a massacre in an attack on a bus in Karachi, organisers say the 27,000-capacity venue is a sell-out for Friday’s game.
Local umpires including Ahsan Raza, who was wounded in the 2009 attack, will take charge of the series after the International Cricket Council refused to send its officials.Advertisement

Zimbabwe have not won any of their five Twenty20 internationals against Pakistan, but Chigumbura promised his team will do its best despite the unusual circumstances.
“I think the good thing about cricket is the team which plays well on the day wins. Come the first match and we will just go out and play our best,” said Chigumbura.