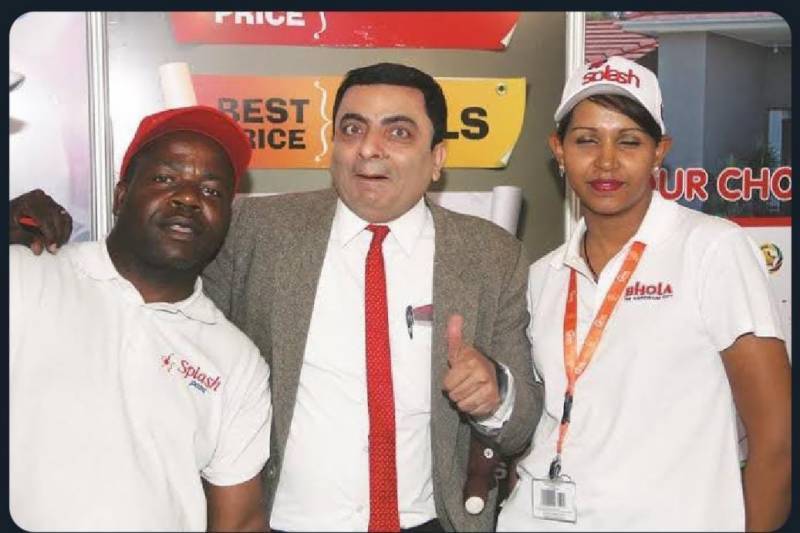 The famous Pakistani Mr. Bean, Asif Muhammad, who became the centre of attention on social media after Zimbabwe defeated Pakistan in the T20 World Cup 2022 match, has broken his silence on the hilarity caused by his appearance at an event in Harare.

Asif was mistaken for the real Mr. Bean, English actor Rowan Atkinson, at an agricultural event in Harare long before the cricket match.

A textile businessman turned property dealer, Asif’s comical life began when he was approached by a Pakistani television channel for a show on doppelgangers of famous actors. He was then invited to Zimbabwe by two Indian businessmen in 2016. While some fans in Harare believed he was the real Mr. Bean, the reality left many hearts broken.

Speaking to the media, Asif said, “I am a duplicate but if the Zimbabwe president and Pakistan PM can talk about me wishing each other after the Zimbabwe victory, my objective of making the world laugh is fulfilled. There was some banter after Pakistan’s defeat, because of me. What more can I ask for?”

Asif added, “When businessmen Muhammad Arif and Muhammad Anees discussed the idea of having me as the brand ambassador at the exhibition in Harare, I was delighted. To meet kids in markets and streets in Harare and seeing them believe I was the real Mr. Bean was my biggest earning from that trip.”

“A lot of Indians would also come to meet me at the residence of Anees and would ask me for autographs and selfies. The hospitality was ten times more than I get in Pakistan,” Asif concluded.

For the unversed, Asif was dragged into the match between Pakistan and Zimbabwe when Zimbabwean citizen Ngugi Chasura responded to the Pakistan team’s training session pictures by tweeting, “As Zimbabweans, we won’t forgive you. You once gave us that fraud Pak Bean instead of Mr. Bean Rowan. We will settle the matter tomorrow. Just pray the rain will save you”.

Chasura tweeted a pic of the Pakistani look-alike at an event. “This is Pak Bean who imitates Mr. Bean stealing people’s money”.

Zimbabwe managed to make 130/8 in 20 overs. However, the Zimbabwean bowlers restricted Pakistan to 129/8 for a memorable win in the Super 12 match in Perth, Australia.