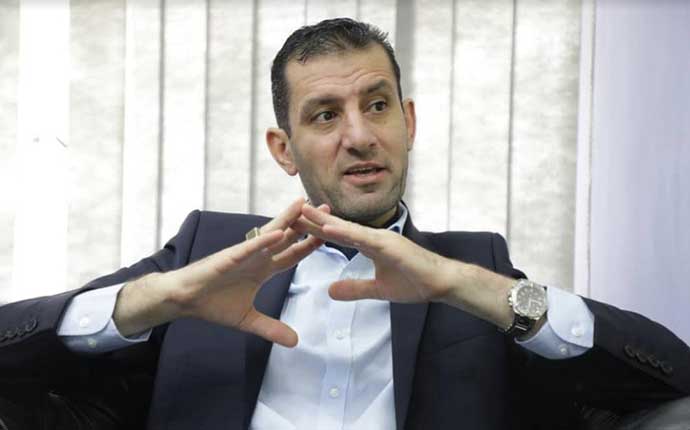 THE Palestinian ambassador to Zimbabwe Tamer Almassri says the Middle East country is currently in talks with government on signing various Memorandum of Understanding (MoUs) to pave way for increased investment from Palestine.

Almassri revealed that the first batch of MoUs between the two nations will be signed within the next few months after concluding consultations.

“We as the Palestinian people are under occupation, but in spite of that, half or more than half of the Palestinian people are in the diaspora. We have great businessmen. We also have international and regional companies. So, I think there is a chance to open cooperation in the economic field. Actually, we are in discussion with our comrades in the government about how to start in an official way,” Almassri said.

“There are some MoUs which we are discussing, and we hope in the next few months we get an official platform to organise this relationship. We should find the legal framework through the MoUs between the two countries. God-willing, we will start soon.”

He, however, said it was too early to divulge the areas of investment before finishing the consultations, but he emphasised that the Palestine business community had huge investment interest in the country.

Almassri has been encouraging Palestinian businesspeople to come to Zimbabwe and discover the country and to scout for opportunities.

“As the Palestinian embassy here, we represent our people here and we also represent Zimbabwe in Palestine since Zimbabwe has no embassy in Palestine. We work as comrades and as diplomats at the same time. We believe in the principles of this country we believe in the vision of the leadership in Zimbabwe. We highly-appreciate the Vision 2030 of President Emmerson Mnangagwa and we hope it will work well for our people in Zimbabwe and the people of Zimbabwe. We pray in the near future we will sign more MoUs that will open doors for more co-operation between the two countries.” he said.

The drive to lure Palestinian investors comes as foreign direct investment in Zimbabwe has plummeted from US$717,1 million in 2018 to US$150 million last year which has been attributed to an unfavourable operating environment characterised by a debilitating liquidity crunch, currency distortions, runaway inflation and policy inconsistency.

The advent of the COVID-19 pandemic in 2020 further weakened investment inflows into the country. Prominent American market research firm, Fitch solutions, has described Zimbabwe as posing the highest political and economic risk for investors in the whole of southern Africa. In its February 2022 Southern Africa Outlook, Zimbabwe scored the lowest on both the regional economic and political stability indexes: Both in the long and short terms. Last year, the United Nations Conference on Trade and Development ranked Zimbabwe bottom on the Trade Openness Index.