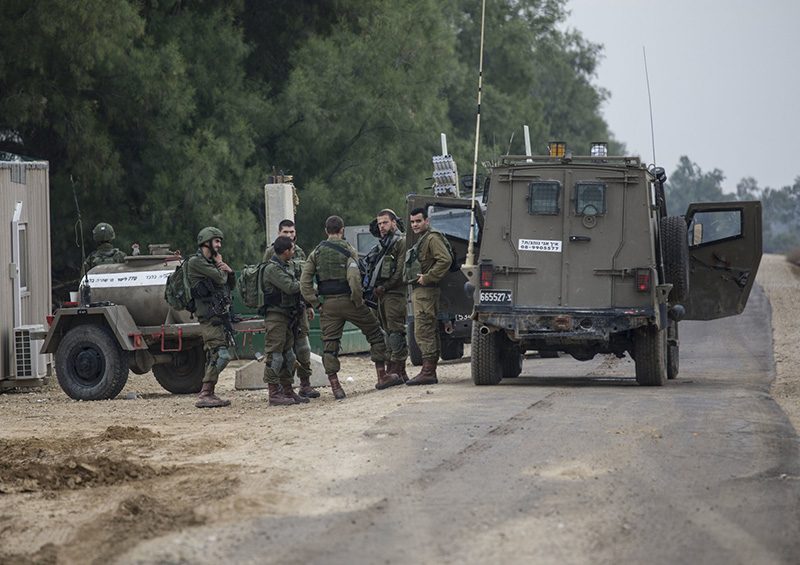 GAZA CITY: Palestinian militants on Monday fired dozens of rockets and mortar shells into southern Israel, critically wounding an Israeli teen in what appeared to be an act of revenge after a deadly undercover Israeli military raid the day before.

The Israeli military responded by dispatching fighter jets to strike “terror targets” throughout the Gaza Strip, in what was shaping up to be one of the most serious rounds of fighting since the devastating 2014 Gaza war.

The botched Israeli raid in Gaza the day before left seven Palestinian militants and an Israeli officer dead. The violence has thrown into doubt a series of informal understandings reached in recent days aimed at lowering tensions between Israel and Hamas.

In Gaza, the sky lit up with outgoing rocket fire. The Israeli military said at least 80 rockets were launched toward Israel. Its Iron Dome rocket defence system intercepted some of the rockets, but a few slipped through. Israeli TV showed images of a building on fire in a shopping centre in the southern town of Sderot.

The ruling Hamas militant group, and the smaller Islamic Jihad group, claimed responsibility for the rocket fire in a joint statement.

Islamic Jihad spokesman Daoud Shehab said the groups decided to retaliate for the deadly Israeli incursion “so the occupation and its supporters know that the lives of our sons come with a price.”

Air raid sirens continued to sound throughout southern Israel, as well as in nearby areas of the West Bank.

Hamas also canceled a weekly beach protest in northwestern Gaza along the border with Israel. The organizers cited “the ongoing security situation.”

Hamas said Israeli undercover forces entered the territory in a civilian vehicle late Sunday and exchanged fire with Hamas gunmen. The clashes killed an Israeli lieutenant colonel and prompted Israeli airstrikes and a salvo of rocket fire from Gaza toward Israel.

The cross-border fighting came just days after Israel and Hamas reached indirect understandings, backed by Qatar and Egypt, to allow cash and fuel into Gaza. The understandings are meant to be part of a broader effort to alleviate deteriorating conditions in the impoverished territory after 11 years of an Israeli-Egyptian blockade.

It was not clear if the outbreak of violence would derail those arrangements.

Israeli Prime Minister Benjamin Netanyahu cut short a visit to Paris because of the flare-up and returned to Israel on Monday for consultations with top security officials.

Israeli military spokesman Lt. Col. Jonathan Conricus said the operation was “not intended to kill or abduct terrorists but to strengthen Israeli security.” He said the force faced a “very complex battle” and was able to “ex-filtrate in its entirety.”

In a tweet after his arrival back home, Netanyahu praised the slain officer, whose identity was being kept confidential for security reasons, and said “our forces acted courageously.” The officer’s funeral was held Monday.

The overnight violence came after several months of confrontations along the Israel-Gaza perimeter fence. Since late March, Hamas has been leading mass marches, with turnout driven by growing despair in Gaza, to try to break the border blockade. The blockade has led to over 50 percent unemployment and chronic power outages, and prevents the vast majority of Gazans from traveling.

More than 170 demonstrators, most unarmed, have been killed by Israeli army fire in the confrontations, in which some of the participants threw stones, burned tires or hurled grenades toward Israeli forces.

Israel says it is defending its border against militant infiltrations, but its army has come under international criticism because of the large number of unarmed protesters who have been shot.

On Sunday, Netanyahu defended his decision to allow through the Qatari cash to Gaza as a way to avert an “unnecessary war,” maintain quiet for residents of southern Israel and prevent a humanitarian catastrophe in the impoverished Gaza Strip.