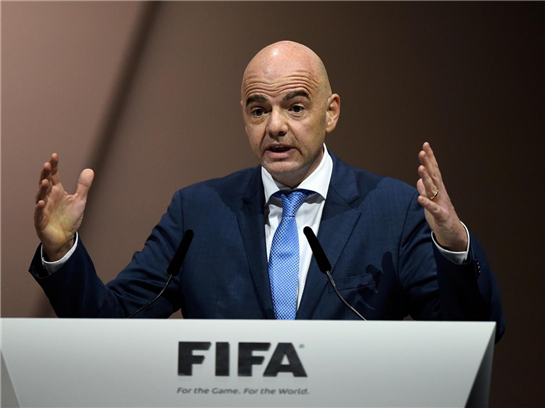 FIFA’S under-fire president Gianni Infantino has insisted he has done nothing wrong despite being linked to the Panama Papers leaks, in Monday’s edition of German magazine Kicker.
In an exclusive interview, the 46-year-old, who was voted as Fifa’s new president in February, is adamant he acted correctly in a previous role as legal chief of European football’s governing body Uefa.
Last Wednesday, Swiss police searched Uefa headquarters in Nyon as part of a “criminal mismanagement” probe into a Champions League television rights deal co-signed by Infantino in 2006.
Uefa’s marketing partner, Team Marketing, sold the rights to Cross Trading, a firm owned by Argentinian father and son duo Hugo and Mariano Jinkis, who are now among 39 football officials and executives facing corruption charges in the United States.
The deal was revealed last week in the Panama Papers, a leaked set of 11.5 million documents that provide detailed information about more than 214 000 offshore companies listed by the Panamanian corporate service provider Mossack Fonseca.
“The whole process was correct and well documented,” Infantino told Kicker.
“The way it has been presented is simply a disgrace.
“The agency’s marketing team had recommended that the highest of only two tenders received a contract for the ancillary rights.
“The contract was negotiated by the marketing team in detail and examined by two divisions of Uefa, which according to standard procedure, was signed by two Uefa directors.
“In this case, I was one of the two directors, but depending on availability, it could have been two other directors.
“If, after the contract was concluded, the rights-buyers carried out some unfair transactions, neither Uefa nor I had any personal influence over that.”
Infantino says he is sure he will be vindicated “when all the things are on the table”.Advertisement