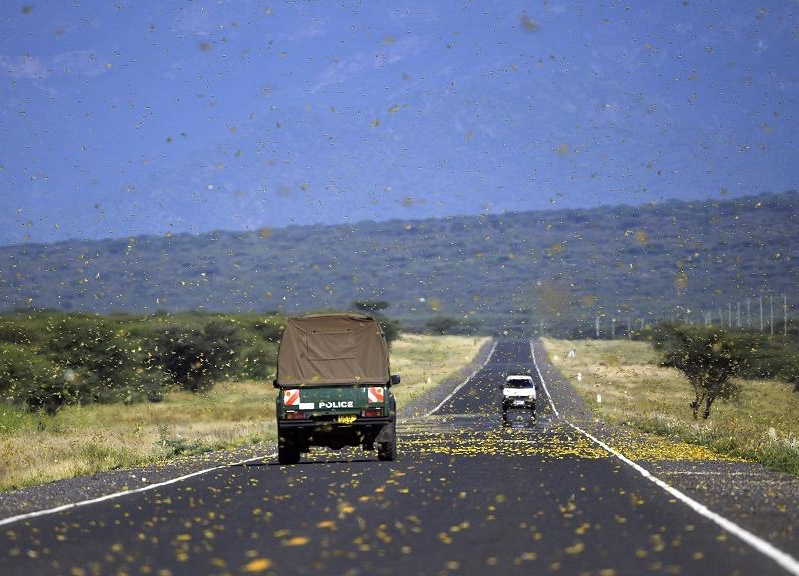 Authorities in Uganda are implementing plans that had been put in place to combat a locust invasion, following sightings of the dreaded pests in the North-east of the country.

Uganda is one of the East African countries affected by what the Food and Agriculture Organisation (FAO) describes as the worst outbreak to hit the region in over three decades.

The locust swarms have already caused panic in Somalia, Ethiopia and Kenya, while Uganda, South Sudan and Tanzania have been on high alert.

Uganda’s prime minister on Sunday called for an emergency meeting in the night to activate the government’s plan to fight the locusts, after they were seen in Amudat district, Karamoja region.

The government plans to deploy soldiers to combat the locusts, and is working on cross-border spraying agreements between Uganda and Kenya.

Meanwhile, authorities in Tanzania are also bracing themselves, following reports of locusts seen in the Moshi area.

“When we got this news in the morning, we started checking our neighbours close to Taveta, but there were no signs of locusts, but this evening, there were reports showing that around Moshi, locusts were seen,” Kilimanjaro Regional Commissioner Anna Mgwira told BBC said on Sunday.