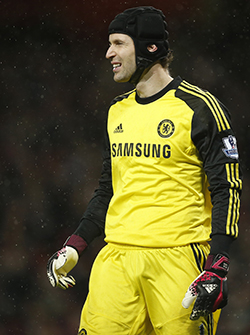 Hugo Lloris may leave Tottenham for a mere £15 million this summer if the club don’t qualify for the Champions League.
The Sun understands that the goalkeeper’s new contract with Spurs includes a clause that allows him to leave if the club don’t finish in the top four.
Manchester United, Paris Saint-Germain and Real Madrid could all be interested in Lloris if he’s allowed to leave and Spurs won’t be able to do anything about it.Advertisement

Arsenal are the latest team to join the chase for Paulo Dybala, according to The Telegraph.
The striker has scored 12 goals this season and his play has drawn the attention of Chelsea, Manchester United, Juventus and Barcelona.
Palermo have already conceded that he will leave the club this summer and Arsenal are now hoping that it will be for the Emirates.