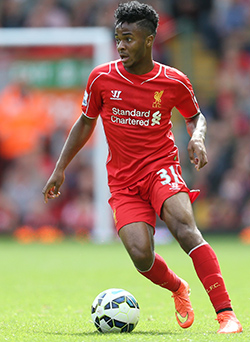 ROBIN van Persie’s future looks more uncertain than ever, while one club is in pole position to sign Raheem Sterling – it’s the weekend newspaper stories.
Van Persie holds ‘crisis talks’ as he ponders exit
The Sun have pictures of Robin van Persie meeting his agent and claim the subject of their discussion was his potential departure from Manchester United after what was been a desperately underwhelming season.
“There is just a year left on RVP’s contract and Manchester United have made no moves to extend it,” reports the paper.
“The striker met his agent Kees Vos on Thursday in Cheshire’s Alderley Edge after he was left out of the last two United line-ups — his options are either stick it out a year or take a lucrative offer from Turkey.
Red Devils boss Louis van Gaal is set to speak with his countryman next week to explain his role next season.”
The Sun says Fenerbahce and Galatasaray are both ready to keep Van Persie on £220,000-per week and are readying three-year deals.
Manchester City ‘overwhelming favourites’ for Sterling
Your daily Raheem Sterling update comes via the Daily Mail, who report that City are “in pole position” to sign the Liverpool forward.
Brendan Rodgers insisted yesterday that Sterling would not be sold this summer but the Mail says City, “have moved into a position where they will look to strike for the £45 million-rated England international and Manuel Pellegrini did not try to play down the prospect of Sterling arriving at the Etihad this summer, where he could expect to be paid £120,000 per week.
Arsenal would like to take Sterling, probably more so than Chelsea, but it is doubtful they could compete with City’s financial muscle — a transfer fee and wages over five years would take the package beyond £80 million.”
Arsenal target £60m Lyon duo
The ever prolific Daily Star say Arsene Wenger has had his scouts out watching Lyon forwards Alexandre Lacazette and Nabil Fekir, who are worth a combined £60m thanks to their thrilling performances in Ligue 1 this season.
The paper reports: “Gunners spy Steve Rowley watched the French giants draw 1-1 with Bordeaux on Saturday as Fekir smashed home in the ninth minute.” Fekir is said to be worth £25m while Lacazette’s 27 Ligue 1 goals have him valued at £35m.Advertisement

Why Hummels rejected Manchester United move
He was widely expected to move to Old Trafford this summer, but Borussia Dortmund revealed this week that Mats Hummels will be staying at the club.
Why the change? According to the Daily Mirror, “Mats Hummels performed a U-turn over a possible move to Manchester United because they took too long to firm up their interest … the delay left Hummels convinced United remain unsure he is the answer to their search for a centre-back, leading to his change of heart.”