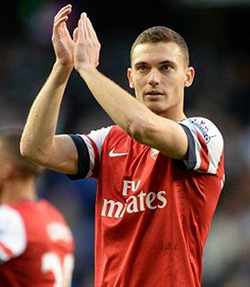 HERE’S the best stories in Saturday’s papers.
Ronaldo talks up possible United return
The Manchester Evening News reports that Cristiano Ronaldo “says he could move back to Old Trafford in the future”. Adding that Ronaldo trained separately from his team-mates on Friday, the paper quotes Ronaldo saying, “I love Manchester, to be back, I never know, you never know, football you never know. I appreciate this club, for me it’s one of the best clubs in the world and I have passion for this club. Of course I’m happy at Real Madrid, it’s my home, it’s my club but Manchester treat me unbelievable so we never know.”
Barcelona to poach top Man United target
Barcelona “look set to trump Manchester United in the race to sign Colombian midfielder Juan Cuadrado”, reports the Daily Express. The paper claims that United had been in pole position to sign the £30m World Cup star from Fiorentina, but says that the “Spanish giants have long admired Cuadrado – his exuberant personality combined with an abundance of pace, power and agility made him one of the stand-out players.”
Southampton lose yet another star, this time to Bayern Munich
The Daily Telegraph reports that goalkeeper Artur Boruc looks set to be the latest player to join the summer exodus – and he’s heading to the German champions. “Bayern are looking at a host of options, as they seek a deputy to Germany international Manuel Neuer,” the paper claioms. “Boruc is one of the surprise names on Bayern’s list and discreet inquiries have been made over whether the Pole would be interested.”
United to make a move for Arsenal skipper Vermaelen
The Guardian claims United “have been given the green light to move for Thomas Vermaelen” following Arsene Wenger indicating that he would be prepared to sell the Belgian defender. He’s rated at £12m despite a string of injury and form problems over the last year or so, but the paper claims Van Gaal, “is an admirer of Vermaelen, who would play as the left-sided centre-back in a 3-5-2 formation.”
Liverpool’s Lavezzi hopes hit rocks
The Reds chances of signing Argentina forward Ezequiel Lavezzi from Paris St Germain have been dashed as the Italian media report that the star will force a move to Juventus.Advertisement

Newcastle finally give up on Remy
Alan Pardew has reluctantly decided to walk away from his pursuit of Loic Remy, telling the Newcastle Chronicle that “he’s had plenty of chances to come to us. We made it very clear that we would like to have him and it hasn’t really happened and therefore sometimes you have to say where’s the line drawn.”