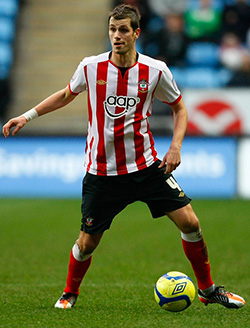 ‘Torres set for shock Prem return’ – Liverpool are poised to make a January move for Fernando Torres, that’s according to a report in the Mail on Sunday. The Reds, who seem to be giving up on the gamble that saw them sign Mario Balotelli for £16 million from Milan last summer, need to bolster their strike force. And Torres could fit the bill. Liverpool could realistically take the 30-year-old on loan in January with a view to a permanent move to allow Brendan Rodgers to add to his attacking options.
‘Bale gives United green light to make move’ – Gareth Bale has given the green light to a high profile return to the Premier League with Manchester United in the summer, that’s according to an ‘exclusive’ in the Sunday Express. It’s reported that the prospect of a return to this country at the end of the season appeals to him and his family and Louis Van Gaal is a big fan of the Welshman. The United boss would be happy to break the United buying record he set with the capture of another Real Madrid player, Angel Di Maria for £59.7 million, reports the paper.

Keen on summer return to the premier league? … Gareth Bale