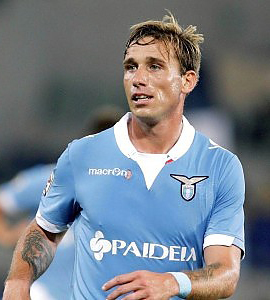 Three-way battle for Juventus midfielder Paul Pogba as United drop out
Manchester City and Chelsea are going to battle it out with Real Madrid to sign Paul Pogba, 21, from Juventus, according to the Manchester Evening News.
With United apparently out of the running to re-sign their former midfielder, it is now going to come down to a case of who is willing to pay the most money for the 21-year-old France player.
Madrid are in pole position, but City and Chelsea won’t be running scared if the asking price reaches £100 million. City are also eyeing Ross Barkley of Everton, but Pogba is obviously going to be THE transfer of the summer.
Pogba dominates the front page of the Spanish newspaper Marca thanks to an interview with agent Mino Raiola. “If Real Madrid want him, then they can call me,” Raiola told Marca.
“Madrid is a dangerous club, as the pressure can burn players, but Pogba is ready. He is very focused on his life and career. Nothing is insurmountable for him. The cost of the operation would be €100m.”
Clubs line up to land United flop Radamel Falcao

Monaco won’t be short of buyers for Radamel Falcao if Manchester United decide against making their loan deal for the Colombian forward permanent at the end of the season.
United brought Falcao to Old Trafford last summer, and have first option on whether or not they want to stump up the other £43.2 million to land him on a permanent deal in the summer.
Falcao has scored only four times in 19 appearances for United. United paid £6 million and £265,000 a week in wages for a season-long loan deal.
The Monaco vice-president Vadim Vasilyev told the BBC : “I’m not worried for Falcao, he is a world-class striker.
“If Manchester United decide not take up the option at the end of the season, we have interest from other great clubs. So I am really not worried for him at all.”
Manchester United set to move for Lazio midfielder
Manchester United are apparently going to continue to maintain an interest in signing Lazio’s Argentina midfielder Lucas Biglia.Advertisement

Louis van Gaal apparently expressed an interested in bringing Biglia to the club last month, but will step up their interest in the summer, according to the Mirror.
United could face competiton from Paris Saint-Germain to sign the player, who is available for a fee of around £8 million.
Biglia has made 17 appearances this season, and scored one goal after a spell with Anderlecht in Europe when he picked up four Belgian titles.
Real Sociedad keen to sign Sammy Ameobi
Newcastle’s Sammy Ameobi could be on his way to Real Sociedad, according to the Daily Mail. David Moyes is keen to complete a deal for the 22-year-old as he seeks to begin rebuilding his squad for next season.
Amboebi’s contract expires at the end of the season. Newcastle are legally entitled to a compensation fee, but that could change if he moves abroad.