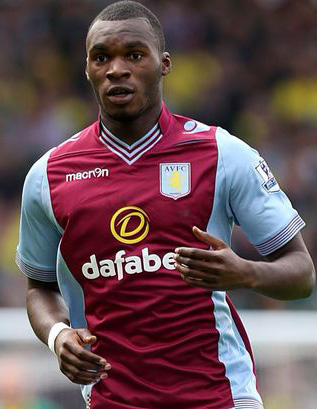 Manchester United to move for Benteke
Manchester United are ready to launch a bid for Aston Villa’s Christian Benteke, that is according to the Daily Star.
With Robin van Persie and Radamel Falcao looking almost certain to leave, Louis van Gaal is set to turn his attentions to the Belgian international.
The paper also adds that the £25 million-rated Benteke has two years left on his current deal.
Manuel Pellegrini on possibility of the sack
Manchester City manager Manuel Pellegrini has admitted for the first time he could be sacked if he finishes outside the Champions League places this season.
The Mail report the Chilean as saying: “You are wrong if you think that, at this club, you are out if you don’t win the title.
“(But) if we miss out (on the Champions League) then maybe it will be different because that would not be the same thing. If that happens, the analysis of the season will be different.
“Not to play in the Champions League is a disaster.”
Angel Di Maria tells United he wants to stay
Former Real Madrid star Di Maria has told club officials that he intends to stay at the club, reports the Daily Mirror.
Di Maria was said to be considering his future at the club after it he was left badly shaken when armed thugs attempted to break into his home while he was eating with his wife and daughter.
Di Maria’s form has dipped after a blistering start to his United career, with his last goal coming on October 5th.
He has been out of the team recently but boss Louis van Gaal is said to be impressed with his attitude and believes he will be a major force net season.
Raheem Sterling could buy-out his contract