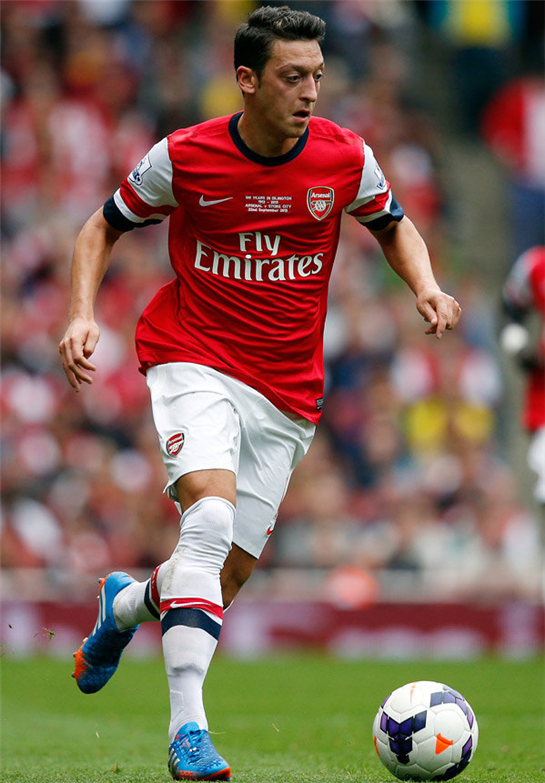 Ozil ‘wants to quit Arsenal’:  That’s the bold claim in the Daily Mail, with the newspaper reporting that Arsenal’s record signing is fed up and may even have played his last game for the club given he is currently out until 2015 with injury. “Mesut Ozil wants to quit Arsenal as soon as January and the Gunners are ready to do business,” the Mail reports. “Bayern Munich are lining up a bid of around £30million for Ozil.” Reporter Rob Shepherd adds: “The Germany star has grown increasingly unhappy at the Emirates, not least because he is not being played in his preferred forward floating role by Arsene Wenger.”

Real Madrid want David De Gea – The Manchester United keeper is a target for the European champions, according to the Mirror, as they search for a replacement for the increasingly error-prone icon Iker Casillas. De Gea took San Iker’s place in the Spain team at the weekend and could replace him at club level too, with the Mirror, via Marca, claiming a £25m offer is in the works. According to the paper: “Real Madrid president Florentino Perez is still in the early stages of drawing up plans for next season. But it is revealing that De Gea’s name is out there as it may be seen as a tactic to stop him signing a new deal.”

Mata could be used as Vidal bait – While De Gea is likely to stay at Old Trafford, fellow Spaniard Juan Mata’s future is less clear. The Daily Star claims the playmaker could be used in exchange to sign Juventus star Arturo Vidal, who was a summer target for United and is believed to be determined to leave Turin after being fined £78,400 for a recent night out. However, Real Madrid are understood to already have made contact with Vidal’s agent. As for Mata: “The Spain star’s long-term future at United is currently in doubt after the summer arrivals of Angel Di Maria, Ander Herrera and Radamel Falcao. And Van Gaal could use Mata as bait in his bid to trump Madrid to the signing of Vidal.”
Spurs eye new striker – Tottenham manager Mauricio Pochettino has decided he needs a new striker and has set his sights on Toulouse star Wissam Ben Yedder, according to the Mirror. “Ben Yedder, 24, has been prolific for Toulouse in the past two seasons and has already scored six goals in the French top flight,” the report says. “His deal expires in 2016 and could be available for around £5m and Spurs scouts have been watching him in recent weeks.”Advertisement