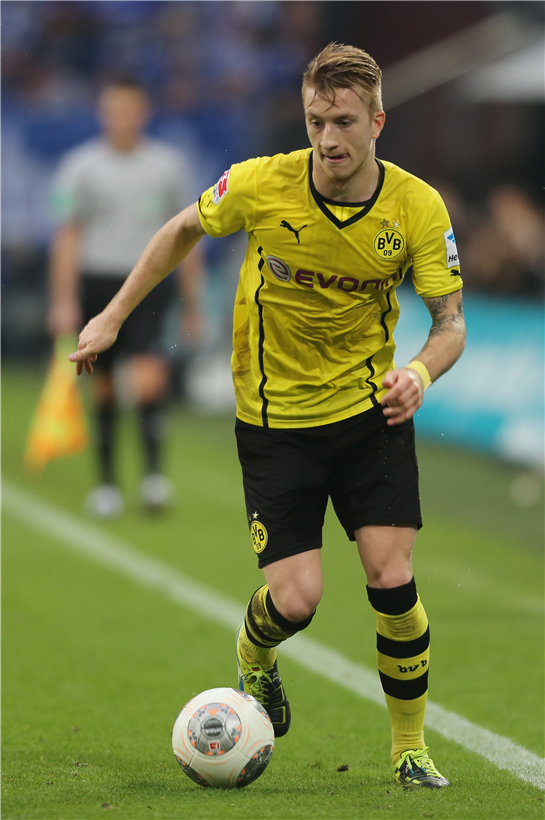 MANCHESTER United’s surprise £35m transfer deadline day deal: The Sun reports that Manchester United will try to push through a last-minute deal for PSG star Marquinhos.
The Brazilian defender, just 20 years old, would be one of the priciest buys of the window – with PSG playing hardball: “PSG quoted United an astonishing £112m fee for the centre-half, who joined them 18 months ago from Roma in a £26m deal.
Yet Marquinhos is behind two more Brazilian stars David Luiz and Thiago Silva in PSG boss Laurent Blanc’s pecking order.”
Marco Reus settles on Arsenal move: The Star on Sunday reports that Germany international Marco Reus “is reportedly keen on Arsenal as he wants to work with [Arsene] Wenger.”
Reus’s £20m release clause kicks in at the end of the season – and with Borussia Dortmund in relegation danger, the 25-year-old seems certain to move on.
David De Gea to sign new deal – but only on one big, bad condition: Manchester United goalkeeper David De Gea will sign a new deal at Old Trafford, the Sunday Mirror reports – but only on condition that he has a buy-out clause which would still allow him to leave for Real Madrid.
“United will have to include an escape clause if they are to persuade David De Gea to sign a new contract,” the paper says, adding that, “the Red Devils are willing to break the bank by making De Gea the world’s highest-paid keeper on £200,000-a-week.”
United, unsurprisingly, are said to be reluctant to agree.
Tottenham set for £60m transfer spree: The Sun on Sunday claims that Spurs are set for a “mega spree”, which will see them sign Southampton’s Jay Rodriguez for £15m before the end of the transfer window, followed by French duo Yohan Cabaye and Aymeric Laporte.
“Rodriguez has been a long-term target for Liverpool and Manchester City but Spurs could step in and snatch him early,” the paper reports.
PSG’s £16m-rated Cabaye and Athletic Bilbao’s £32m Laporte will come in the summer, apparently.
Four clubs in for Liverpool flop Rickie Lambert: The Mirror reports that Crystal Palace, Hull, West Brom and QPR all want Rickie Lambert on loan for the rest of the season.
“Lambert, 32, has not been made available by the Reds’ boss Brendan Rodgers, but there is a feeling he would consider letting him go out until the end of the season should the right offer come in,” the report adds.Advertisement